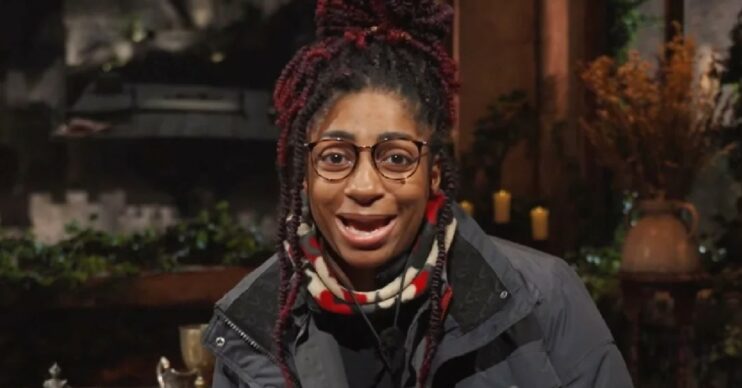 Kadeena Cox has stunned I’m A Celebrity fans following a dramatic transformation since leaving the camp.

The Paralympic champion, 30, was the second star to be voted off the ITV programme earlier this week.

Just days after her elimination, Kadeena took to social media to showcase her glamorous “glow up”.

The star shared a fun clip of herself dancing to a viral TikTok song.

The video started with Kadeena shortly after her departure from the I’m A Celebrity camp.

She went make up free for the clip whilst sporting her usual camp gear.

That out of the castle glow up

The star had transformed into a chic blazer, make up and long sleek hair.

In the caption, Kadeena penned: “That out of the castle glow up #imaceleb #teamnaturalhair #blackgirlmagic.”

One wrote: “You gorgeous, GORGEOUS woman.”

A second added: “The girl did good!”

Alongside a series of fire emojis, a third posted: “Yaaaassss!”

In addition, a fourth said: “Oh stunning! You look perfect both ways.”

It comes days after Kadeena spoke about how her invisible illness affected her time in the castle.

Kadeena suffers from multiple sclerosis (MS), a condition she has had since she had a stroke in her early twenties.

Speaking to The Sun, she explained: “I thought my MS would be nice to me. Turns out MS is never nice to you, so I really struggled with the fatigue and my spasms were being quite a problem.”

The 30-year-old athlete also said that her speech became very slurred at points too, which concerned her campmates.

Meanwhile, Matty Lee and Adam Woodyatt became the latest celebrities to be evicted from the show last night.