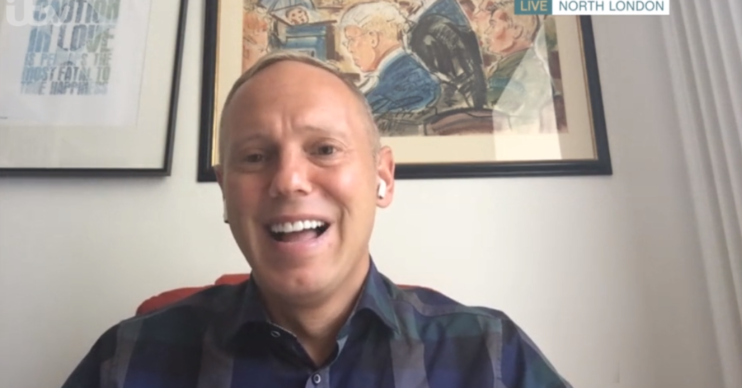 Judge Robert Rinder has admitted he’s put on a stone and a half while in lockdown, and says he ‘can’t look in the mirror’ because of the weight gain.

The TV star, whose real name is Robert, says he avoids mirrors ‘for fear of depression.’

Judge Rinder has turned into his grandma because he now plans his days around what he is going to eat.

Appearing on This Morning to discuss the day’s news stories, Robert admitted to Holly and Phil:

“Earlier on before the public saw, you thought I was a bit down this morning.

“That’s right that that’s the case, because I saw my reflection in the mirror, which I try to avoid for fear of depression.

“I have put on just so much weight.

“I was pretty fit before this”

“I’ve turned into my grandma, who, when she’s on holiday, her time is completely curated by what she’s going to eat.”

Robert continued: “That’s basically my day, I wake up and wonder what I’m going to have for lunch. I was pretty fit before this and I still try to keep going.

“But I’ve put on probably the better part of a stone and a half and was feeling very depressed.”

He went on to joke he’d put on the weight ‘of a small child’.

Holly then told him: “You are very handsome and gorgeous.”

Read more: Judge Rinder shuts down claims he was ‘in a coma’ after developing coronavirus symptoms

Read more: Judge Robert Rinder tells celebrities to ‘give money to charity or shut up’ during furious rant on This Morning

“The phrase that’s going around out of lockdown is that you either come out a hunk, a chunk or a drunk,” she added.

Judge Rinder asked: “Can’t you be all three?”

Robert has been keeping fans entertained with his ‘weird’ meal choices over on Twitter.

One dinner consisted of Courvoisier congnac, a bowl of tuna and sweetcorn mayonnaise and a packet of digestive biscuits.

Behind the jokes with fans, Judge Rinder and his family have been dealing with the tragic death of his 92 year-old grandad from coronavirus.

Sharing the news on This Morning at the beginning of April, he said: “Our police are doing their very best. Our frontline workers are too.

“And we as a nation are responding positively. That’s absolutely the message I know he would have wanted to share.

“Whenever I saw him – which was very often, I loved him very much – it was always, ‘What good news is there, son?'”