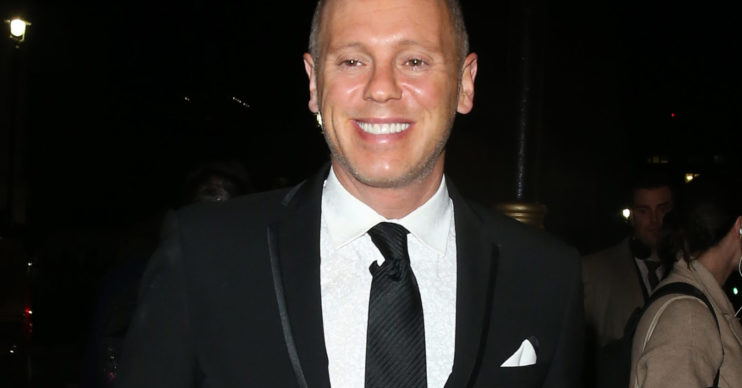 Could Rob be heading for the next series of MasterChef?

The telly star, whose real name is Robert, has been feasting on a strange concoction of food while stuck at home.

Judge Rinder’s culinary delights include cheese, fish fingers and potato waffles with a side of salt and vinegar Pringles.

Lunch: You may wish to leave out the cheese course. pic.twitter.com/ht8KstGgsO

The barrister, 41, completed this lunch with both ketchup and mustard before washing it down with a glass of gin and tonic.

Another meal consisted of Courvoisier congnac, a bowl of tuna and sweetcorn mayonnaise and a packet of digestive biscuits.

His followers particularly liked that dish, with Rob later adding: “Inundated with my recipe how-tos.

“Sorry for not replying. My inspiration (who you can write to) is @GordonRamsay who will respond kindly with details.”

Robert has also enjoyed a tin of cold baked beans and some apple, together with a shot of whiskey.

Lunch (The lemon is optional) pic.twitter.com/wTEdceNy0H

Spicing it up, he decorated the bean can with a slice of lemon, but told his followers: “Lunch (The lemon is optional).”

The night before, Robert had really excelled himself by enjoying a bag of Pickled Onion Monster Munch and red wine for “tea”.

Commenting on his hilarious posts, one follower said: “Rob, I am beginning to get very concerned about your strange eating habits during this lockdown…!”

Another joked: “Masterchef next?!”

A third added: “I love how you vary your alcohol diet daily.” In jest, Rob replied: “Of course. A balanced diet is critical.”

One follower even asked if he included any greens in one of his meals. Rob wrote back: “Yes. The socks I was wearing.”

While Rob is enjoying having a laugh with his fans, the coronavirus pandemic has tragically brought heartache for the star.

At the start of April, Robert revealed that his beloved grandfather had died aged 92 after contracting Covid-19.

During an emotional interview on This Morning, filmed via video link, the star – who contracted coronavirus himself – confirmed the sad news.

He said: “My grandfather, 92, passed away two nights ago of this terrible disease.

“The thing is, he survived the Second World War. He was a man that determined and conspired to see joy in the world.

“And as much as there is terrible and appalling news out there, we also – as a community, as neighbours, as a country – need to remember that there are thousands of people recovering from this disease every single day.”