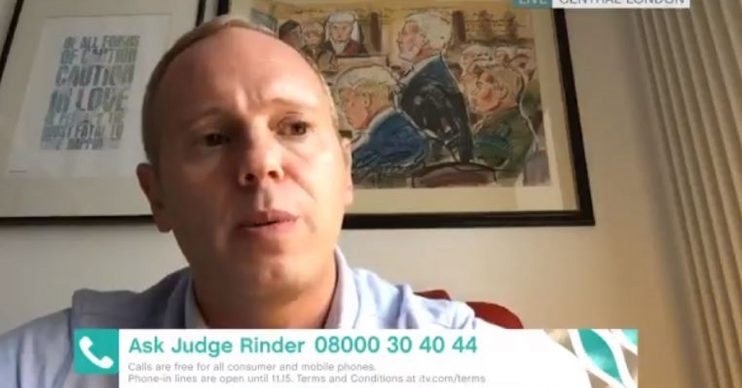 Confirmed the sad news on This Morning

TV’s Judge Robert Rinder has lost his granddad to coronavirus.

The ITV star, 41, confirmed on today’s (Friday, April 3) episode of This Morning that his elderly grandparent has succumbed to the flu-like bug at the age of 92.

Read more: Doctor issues plea to Brits to stay indoors as temperatures expected to soar to 20C this weekend

Growing emotional as he spoke to hosts Eamonn Holmes and Ruth Langsford via video link, Robert said: “Guys, can I say one other quick thing, if that’s alright? My grandfather, 92, passed away two nights ago of this terrible disease.

He loved to ‘see joy in the world’

“The thing is, he survived the Second World War. He was a man that determined and conspired to see joy in the world.

“And as much as there is terrible and appalling news out there, we also – as a community, as neighbours, as a country – need to remember that there are thousands of people recovering from this disease every single day.”

Speaking further, the TV judge praised Britain’s frontline workers for risking their lives to keep everyone safe in the pandemic.

'What good news is there son?'@RobbieRinder remembers his grandfather ♥

'We can choose to drown ourselves in negativity and horror, or choose to galvanise ourselves to be at our very best' pic.twitter.com/js8DMCrGTX

He said: “Our police are doing their very best. Our frontline workers are too. And we as a nation are responding positively. That’s absolutely the message I know he would have wanted to share. Whenever I saw him – which was very often, I loved him very much – it was always, ‘What good news is there, son?'”

Warnings about the mounting death toll

It comes amid warnings the UK death toll could hit 50,000 by Easter Sunday if people don’t adhere to the lockdown measures.

According to a source familiar with emergency discussions within the government, authorities expect the worst day in the UK’s battle against the flu-like bug to be next weekend (April 12).

He survived the Second World War.

Speaking to Reuters, the insider claimed authorities are forecasting a UK death toll of 20,000 by then as a best case scenario.

But if Brits do not keep themselves at home, as many as 50,000 could have succumbed to COVID-19 by then.

Authorities do not expect the UK to see such a high death toll under current circumstances.