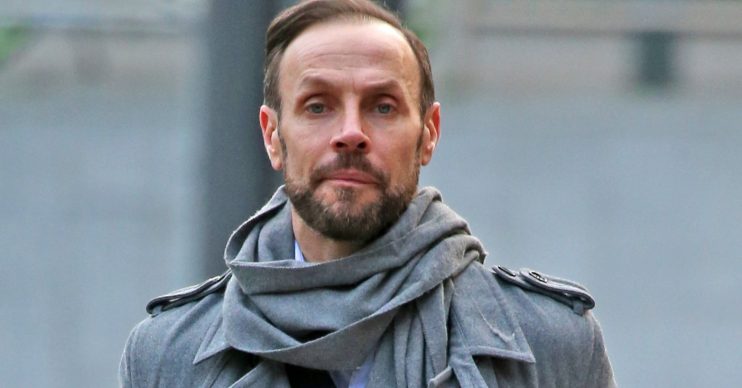 Jason Gardiner has revealed he is happier than he’s been in years, since quitting Dancing On Ice.

Replying to a fan on Twitter who called for the return of the acid-tongued judge, Jason replied: “Thank you Brian but I’m happier than I’ve been in years because I’m not doing @DancingOnIce.”

Thank you Brian but I’m happier than I’ve been in years because I’m not doing @dancingonice x https://t.co/5w1U5uMN3r

Jason was one of the original Dancing On Ice judges when the show started back in 2006 and appeared on every series apart from one in 2012 when he was replaced by Louie Spence.

This year John Barrowman has taken Jason’s place on the panel alongside Ashley Banjo, Jayne Torvill and Christopher Dean.

He quit the show last year amid a storm of controversy over comments he made about 2019 contestant Gemma Collins, with the former TOWIE star accusing him of bullying and selling stories on her.

Jason accused Gemma of being a ‘brat’ and likened her to a fridge when performing on the ice – a comment he later insisted was not about her weight.

He also said her ‘diva’ behaviour was overshadowing the other contestants.

He said on The Jeremy Vine Show: “It’s annoying. We’ve got an amazing line-up this year and have people who are so good on the show, and it seems to be all we ever talk about is one particular contestant, who really isn’t that good on the show as a competitor and what she’s physically able to do on the ice.”

Jason stunned fans when he quit at the end of last year’s Dancing On Ice, with a statement released on Instagram.

He wrote: “After all these years I feel it’s time for me to say goodbye to my judging role and return to things I have been putting on hold and have been on the back burner for a while.

To receive a 4 star review from @britishtheatre for my debut solo show #InTheCloset feels AWESOME!! Thank you for such an honest review. Only limited tickets left. Use the link on my profile to book yours before it’s too late. Come join me #InTheCloset ❤🙏🙌

Read more: Jason Gardiner admits ‘this is why I left Dancing On Ice’ as he discusses new show In The Closet

Since leaving Dancing On Ice, Jason has been appearing in his very own stage show, In The Closet.

Taking to Instagram last month, the former judge posted a video showing members of the “brilliant creative team” helping to put together his show.

He said in a video: “Hi everyone, I want to introduce you to two very special people who are part of the creative team for In the Closet.

“This is Phillip Foster, who’s my collaborator, and he’s the maestro of the show, and Heather…”

His colleague Heather then added: “I’m directing and choreographing Jason… keeping him on his toes!”