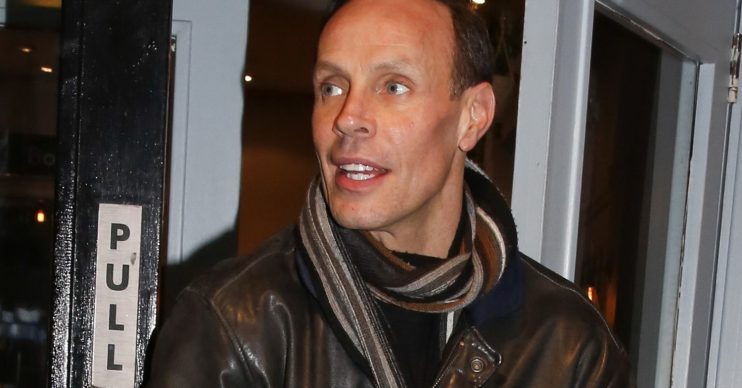 TV’s Jason Gardiner has told his fans “this is why I left Dancing On Ice” in a new behind-the-scenes clip of his latest project.

Taking to Instagram on Wednesday (08.01.20), the former judge posted a video showing members of the “brilliant creative team” helping to put together his upcoming solo show, In The Closet.

THIS IS WHY I LEFT @dancingonice !!! Day 3 rehearsals and here's the brilliant creative team behind my solo show #InTheCloset which debuts @liveatzedel on Jan 16!! I am full of gratitude to be surrounded by such gifted and talented friends whom I trust. No one is an island. I love the collaborative process of bringing brilliant creative minds together in a studio and watch the magic unfold. BOOK TICKETS WHILE U CAN ON 0207 734 4888 #soloshow #bestcreativeteam #collaborationisinspiration

In the video, Jason takes his camera around the room, where the soft notes of a piano can be heard.

He says: “Hi everyone, I want to introduce you to two very special people who are part of the creative team for In the Closet. This is Phillip Foster, who’s my collaborator, and he’s the maestro of the show, and Heather…”

His colleague Heather then explains: “I’m directing and choreographing Jason… keeping him on his toes!”

The Australian wrote in post’s the caption: “This is why I left @dancingonice! Day three rehearsals and here’s the brilliant creative team behind my solo show, #InTheCloset, which debuts @liveatzedel on Jan 16!

“I am full of gratitude to be surrounded by such gifted and talented friends whom I trust.

“No one is an island. I love the collaborative process of bringing brilliant creative minds together in a studio and [watching] the magic unfold.

This is why I left Dancing On Ice!

Writing further, Jason told his fans to book tickets while they can and included the hashtags #soloshow, #bestcreativeteam and #collaborationisinspiration

Jason was one of the original judges on Dancing On Ice when the programme launched in 2006. But last summer, he announced his decision to step away from the programme and was later replaced by actor and singer John Barrowman.

The new series got underway over the weekend and viewers seemed to love having John on the panel, where he judges alongside Diversity star Ashley Banjo and skaters Jayne Torvill and Christopher Dean.

The opening episode of the new series featured the show’s first ever same-sex couple in what many see as a major milestone in LGBTQ+ representation on mainstream television.

Before it aired, Jason appeared to throw shade at ITV as he revealed his hopes that the routine – performed by former steps singer Ian ‘H’ Watkins and pro Matt Evers – wouldn’t be ‘tokenistic’

Speaking on Channel 5’s Jeremy Vine Show, Jason said, “I hope it is handled correctly and with dignity. I hope it’s not made light of” and when asked if he thinks it won’t be handled properly, he added, “Well, it is ITV. Sorry ITV, but you know, it’s true”.