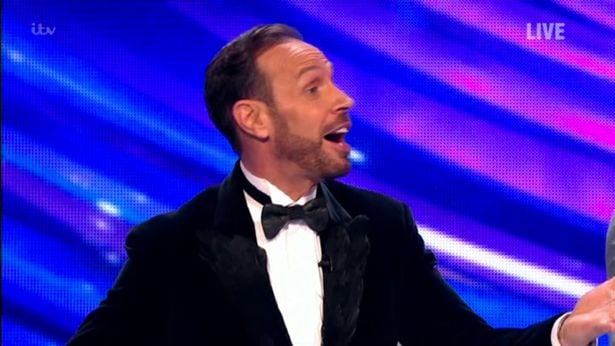 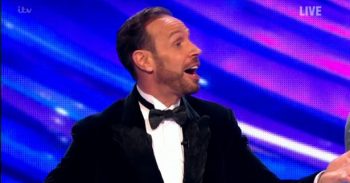 Jason Gardiner slammed for offensive language on Dancing On Ice

Jason Gardiner has landed himself in hot water during the Dancing On Ice final with the PC brigade.

The judge made a comment soon after the show began at 6pm that got some viewers fizzing with rage.

He watched Wes Nelson and Vanessa Bauer perform their first routine… the first finalists’ performance of the night.

Asked for feedback, he said: “Wes and Vanessa, you know you’ve smashed it when I can sit back here and just perv.”

While many watching could appreciate what he was talking about, a vocal minority felt the comment inappropriate for a pre-watershed family show.

One outraged member of the viewing public typed furiously on Twitter: “I can just sit back and perv’ – Is that really acceptable for a 6pm family show?”

Another wrote: “@officialJasonG #DancingOnIce so disgusted that you are admitting to being a ‘perv’ on TV, isn’t that sexual discrimination?”

(In defence of Jason, he didn’t specify who he was perving at…)

A third posted: “Why is @officialJasonG getting away with saying he can perv over Wes yet if he was straight and said he was perving over the ladies it would be outrageous. Double standards”

Jason’s gaffes continued though as he later told finalist Saara Aalto that her performance would go down in the anals of history.

Phillip Schofield could barely contain his amusement, and was swift to point out the word that Jason was actually looking for is annals.

It wasn’t lost on viewers either…

Were you offended or amused by Jason? Leave us a comment on our Facebook page @EntertainmentDailyFix and let us know what you think.