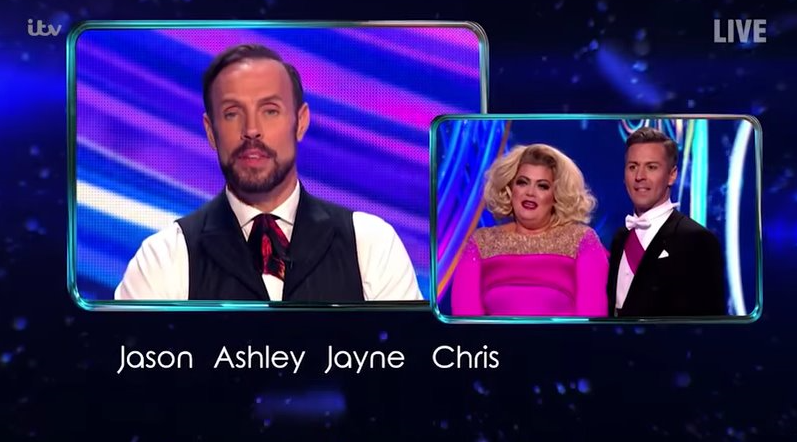 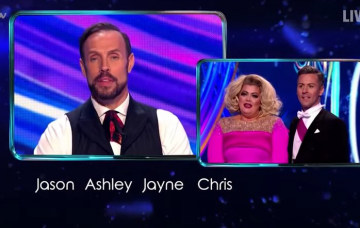 He said the row shouldn't have happened on a "family show"

Jason Gardiner has reignited his feud with Gemma Collins as he accused her of ‘overshadowing’ her fellow Dancing On Ice contestants.

Earlier this month, Gemma became embroiled in a row with the judge as she accused him of “selling stories” about her – something he denied – before he branded her a “brat”.

And now, during an appearance on the Jeremy Vine show on Friday, Jason lashed out at Gemma again, insisting she “really is not that good” on the show.

“It was an outrageous allegation.”

Dancing on Ice’s Jason Gardiner addresses THAT onscreen spat with Gemma Collins, telling us she: “Really isn’t that good on the show as a competitor.”@OfficialJasonG | @TheJeremyVine | @missgemcollins | #jeremyvine pic.twitter.com/Yg84J1p4L0

Speaking about his row with Gemma on the show and her allegation that he “sold stories” about her, Jason said: “It was surreal. I have a bad day at the office and it’s in front of millions of people.

“It was an outrageous allegation. It was ridiculous it was even brought up on a family show like that.”

He continued: “It’s annoying. We’ve got an amazing line up this year and have people who are so good on the show, and it seems to be all we ever talk about is one particular contestant, who really isn’t that good on the show as a competitor and what she’s physically able to do on the ice.”

When asked if he believes Gemma is overshadowing the other contestants, Jason said: “Yes, I think unfairly so. We’ve got Melody, Wes, quite a few who are starting to breakaway and commit, and they’re brilliant.”

Things have been frosty between the pair since Gemma lashed out at him as he criticised her performance on the show.

He had told her: “I know you were channelling Marilyn Monroe. But you were all over the place hon. We’re not going to see big lifts from you.”

Before he could continue, she interjected and accused him of “selling stories” about her.

Jason then reacted by telling her “this doesn’t help your cause” before calling her a “brat”.

He later denied that he “sold stories” about Gemma on Twitter.

Meanwhile, earlier this week, Gemma told The Sun that she’s forgiven Jason because she “can’t be bothered to keep any ill-feeling going on”.

She said: “I can’t be bothered to keep any ill-feeling going on, I just end up being as bad as them.

“So as far as I’m concerned, I’ve just got to keep putting the love out there. You get more done with honey than you do with vinegar.”

Speaking about her row with Jason, Gemma added: “I’ve never spent longer than ten minutes with him so I just felt calling me a ‘brat’ was really unfair and he was hurtful. He doesn’t attack the other contestants.”

Gemma, 37, has since been at the centre of more drama on the show after she fell face first onto the ice during Sunday night’s episode.

The star then said she believes she “blacked out” during her performance, which caused her to fall.

Despite the fall, Gemma will still take to the ice this weekend with her professional skating partner Matt Evers.

What do you think of Jason’s comments? Leave us a comment on our Facebook page @EntertainmentDailyFix and let us know.