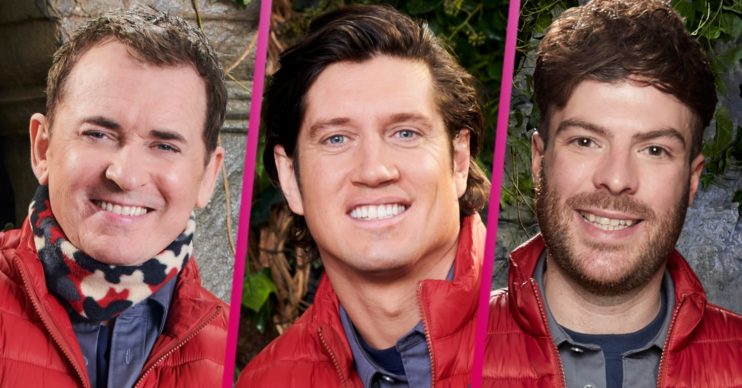 I’m A Celebrity stars Shane Richie, Jordan North and Vernon Kay should get their own road trip show, according to fans.

Those who loved watching the trio in this year’s series of I’m A Celebrity… Get Me Out Of Here! think they should star in a similar show to Gordon, Gino and Fred: Road Trip.

What are I’m A Celebrity fans saying about Shane Richie and his campmates?

Earlier today (Monday, December 7), Shane appeared on This Morning to chat about his time at Gwrych Castle.

His Instagram account tweeted a clip from his interview and one fan commented: “You, Vernon and Jordan would be great doing a road trip like Gordon, Fred and Gino.”

Another follower said: “Omg I agree!”

You, Vernon and Jordan would be great doing a road trip.

A third echoed that on Twitter, writing: “If @jordannorth1 @vernonkay and @realshanerichie did a Gino, Fred and Gordon type show… Road trip across America when allowed, please.”

What is Gordon, Gino & Fred’s Road Trip about?

The popular show sees TV’s Gordon Ramsay, Gino D’Acampo and Fred Sirieix set out on a culinary-themed journey and get up to all sorts of antics.

In the first series, aired in 2018, they visited Italy, France and Scotland, while in series two they headed out to the USA.

There was also a festive episode in December last year, and they’re returning to screens this Christmas for another special – Desperately Seeking Santa.

Now, fans are calling for a Shane, Jordan and Vernon road trip series, as they loved the lads’ chemistry on I’m A Celebrity.

The trio were in the final four on the series.

Shane came in fourth place, followed by Vernon and then Jordan, who lost out on being crowned King of the Castle when he lost to author Giovanna Fletcher.

Would you like to see Shane, Vernon and Jordan in a road trip show? Leave us a comment on our Facebook page @EntertainmentDailyFix and let us know.