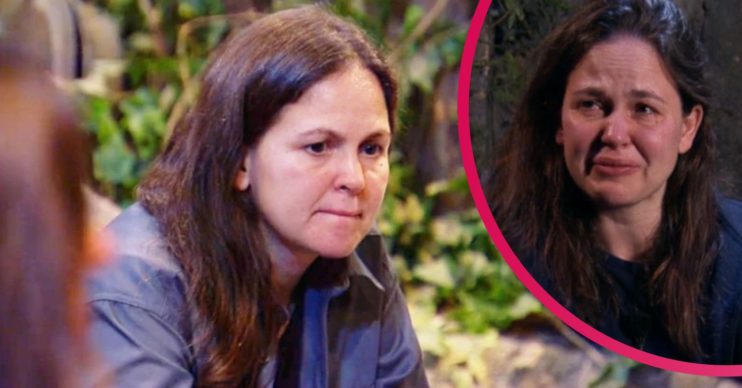 The Queen of the Castle was inspired by Meghan Markle

Giovanna Fletcher suffered a miscarriage before having her eldest son, the I’m A Celebrity winner has revealed.

Speaking to The Sun, the Queen of the Castle, 35, said it took her years to be able to speak about her heartache.

But the Duchess of Sussex Meghan Markle, and her recent article in The New York Times about having a miscarriage during lockdown, inspired her to speak up.

What did Giovanna Fletcher say about her miscarriage?

Giovanna said: “It took me years to be able to talk about it, but once you do it’s hugely comforting to know that you’re not alone.”

She became something of a motherly figure to her campmates in this year’s I’m A Celebrity.

Every time we talked about our children… Giovanna was like, ‘No one’s talking about children!’

But she missed her kids a lot and has revealed she tried to hide her crying from the cameras. She didn’t want her boys to see her upset.

The camp would get emotional whenever the subject of their kids came up. However, Giovanna’s campmate Shane Richie has revealed she banned them all from talking about them.

What did I’m A Celeb’s Shane Richie say about Giovanna?

Speaking today (Monday, December 7) on This Morning, Shane said that Gi ordered them all not to speak about their children.

He said: “She was the go-to person, if anyone was feeling down.

Read more: I’m A Celebrity 2020: Vernon Kay reveals he broke down over ’emotional and physical exhaustion’

“What was really great, a lot of us [in there] were parents. Between myself, Giovanna, Vernon, Mo, Russell and Dame Derbyshire. Every time we talked about our children, we tried to departmentalise it and Giovanna was like, ‘No one’s talking about children!’

“And sometimes we’d go, ‘Yeah but I miss my children!” he added, pretending to cry.

Shane continued: “And Giovanna was great in saying, ‘No one’s talking about children’.”