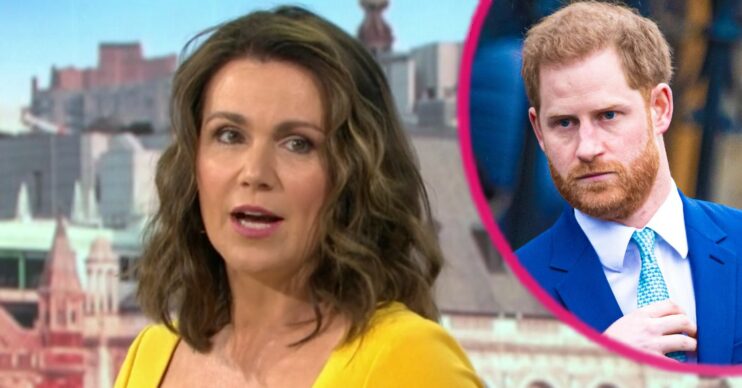 'He wants to tell his own truth'

The 36-year-old father, who quit royal life for good last year, will release the memoir late next year.

But while the news has divided fans across the world, Susanna quickly defended his decision on the ITV show today (July 20).

So what did Susanna Reid say on GMB?

On Tuesday, Susanna appeared on GMB alongside co-host Ben Shephard.

The pair were also joined by royal biographer Duncan Larcombe.

Discussing the new book, Susanna said: “Look, I don’t think it’s unreasonable for Prince Harry to define the kind of privacy that he wants.

He wants to be in charge of his own story

“He’s talked about how he found it really traumatic just constantly being covered by paps and the experience that his mother had.

“I think it’s a little disingenuous when people say, ‘Oh you wanted privacy and you went away and now you’re doing a book.'”

He waded in: “There is a huge part of his story that people will be keen to know about…

“…as a child growing up, going to school, being in the army, the hugely important role he played in the army that we’re all very proud of him for doing.”

Prince Harry will share "mistakes and lessons learned" during his life in a memoir to be published next year.

Royal biographer Duncan Larcombe says 'the Royal Family will be extremely concerned about how far Harry is actually prepared to go'. pic.twitter.com/v8EXMaajcq

Did viewers agree with Susanna?

It appears the segment received a mixed reaction from viewers.

On Twitter, one said: “Good example of how to stay OUT of limelight Harry… BORE OFF!”

In addition, a second wrote: “Boring. Prince Harry has become utterly irrelevant now. He had a purpose and structure in the Royal family. Now just another Hollywood type.”

However, one disagreed: “Well done Harry, tell it as it is. Shake em all up!”

Another shared: “They have no say in his life. Perhaps shouldn’t of taken his Military Honours from him.”

Harry’s book is said to be an “accurate and wholly truthful” account of his life.

In a statement, the Duke announced: “I’ve worn many hats over the years, both literally and figuratively, and my hope is that in telling my story – the highs and lows, the mistakes, the lessons learned.”