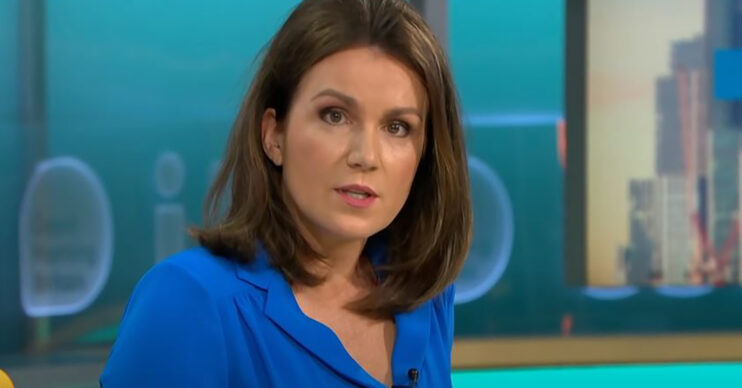 Susanna Reid was defended by her fans on Twitter after a troll branded her a “pretentious cow”.

The troll made the remark after the Good Morning Britain host became tearful on the show over the racist abuse some of the England football players have faced.

Marcus Rashford, Bukayo Saka and Jadon Sancho were subjected to vile abuse after England lost in the Euro 2020 final.

A schoolboy sent Rashford a letter to tell him he hopes he “won’t be sad for long”.

On GMB, Susanna became emotional as she read out the little boy’s letter.

However, one troll took to Twitter to write: “Woke snivelling pretentious cow!!”

One person said: “Well, if Susanna was being pretentious, she fooled me, genuinely upset.”

Another tweeted: “I for one believed you felt the way you did and I could see your colleague did as well.”

A third added: “You’re a lot better then this Susanna I support you all the way.”

Meanwhile, it comes after Susanna and co-star Ranvir Singh both became tearful over the racism aimed at the footballers.

After reading out the boy’s letter, Susanna said: “I hope Marcus feels everything that’s coming through from this letter and all the messages of support.

Ranvir broke down in tears as she said: “My son has talked about racism he’s faced, he’s going to be nine [soon].

What else did Ranvir say?

Meanwhile, England lost against Italy in the Euro 2020 final on Sunday after it went to penalties.

However, Rashford, Sancho and Saka faced racial abuse online after they all missed their penalties.

A petition is now campaigning to make verified ID a requirement for opening a social media account.