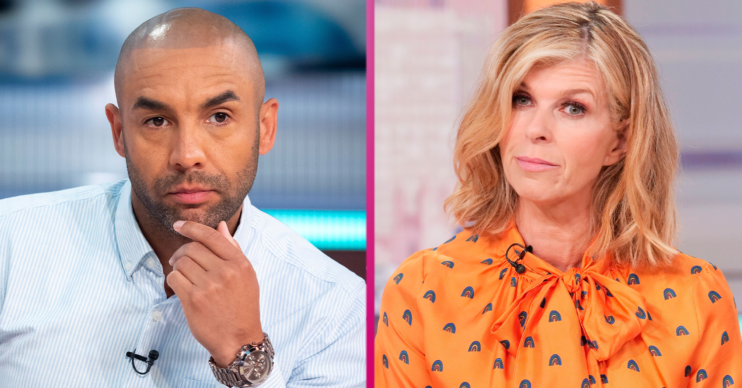 The will of Kate Garraway to carry on following her husband Derek Draper’s coronavirus battle has inspired her GMB colleague Alex Beresford.

Alex, 39, reckons Kate’s strength has “shone” during her family’s crisis and has been a rock for her children.

The Good Morning Britain meteorologist also noted how he hoped Kate’s recent return to TV screens has helped her, too.

Writing in The Sun, Alex emphasised how Kate should also prioritise her own health.

He also added how impressed he has been with how Kate has “handled herself” in public.

Alex said: “It has been so uplifting  for myself and the GMB family to see Kate Garraway back at the desk.

“And I hope it’s given her the lift she needs to keep herself, her husband Derek and the kids going.

I have been in awe of how she’s handled herself in public.

“When it comes to our sanity, I always say nothing works unless you do. It’s so important we look after ourselves so we can look after everyone else.

“I can’t begin to imagine what it’s been like for her, with Derek battling COVID-19 in intensive care since March.

“But I have been in awe of how she’s handled herself in public – and like the true professional she is, Kate’s strength has shone.”

Alex also mentioned how a previous charity event illustrated just Kate’s strength as she embarked on a 45- mike bike ride with no training.

The weather presenter added the resilience she showed in completing that challenge showed how much ‘fight’ she has inside her.

Alex said those moments have demonstrated to him that Kate will keep on battling for her family.

Kate Garraway at her limit

Kate recently revealed she was ‘at her limit’ after a “terrifying” car accident in which she was travelling with daughter Darcey, 13, and son Billy, 10.

Speaking to co-host Ben Shephard, Kate said: “You know people say God and the universe doesn’t send you what you can’t deal with?

“I’d just like to put a message out, I’m at my limit. I’m absolute limit now.

“And if the universe could just give me a little calm Monday, that would be good.”

And earlier this week Kate reflected on a “tough” visit to Derek in hospital. She also admitted it had been “extra emotional” because of their son’s birthday.