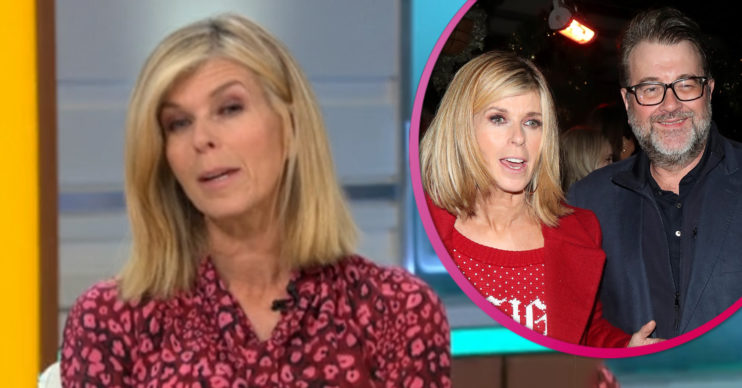 Kate said it was "lovely" to see him though

Kate Garraway has revealed it was “tough” to see her husband Derek Draper as he remains in hospital.

He is now free of the killer virus, however his body has been ravaged and the 52-year-old remains in a coma.

What did Kate Garraway say about her husband?

She said: “I did go and see Derek yesterday. It was a tough visit. He’s had a tough couple of weeks. It’s just frustrating.

“It’s Billy’s [her son] actual birthday today so I think I was extra emotional because you think about the day he was born.

“Derek’s involvement [that day] and how much Derek would like to be present.

“But it’s always lovely to see him and it’s wonderful to have the chance to do that.”

Kate and Ben then wished her son Billy a happy birthday.

It’s just I’m desperate for a step forward I think.

However, she admitted it was emotional without Derek being there.

She revealed her son will have another birthday party when Derek gets better.

She said on the show: “Because the situation of his dad being in hospital, he’s having four birthdays. The first one was with his friends on Saturday.

When Billy woke up he could not believe his eyes!!!! Thanks @sleepyteepeeuk & @myleeneklass and the fabulous @ariannemerry … feel so emotional but know Derek will be so proud and pleased. Can never thank you enough …

“Bill absolutely loved it. It was emotional of course but I said we’re going to do it all again when dad gets better.”

Meanwhile, Kate also revealed that Derek’s nurses have been putting GMB on for him.

Kate said on GMB earlier this month: “They’ve got a TV and they’re putting it on this morning, obviously we don’t know what he can hear or see.