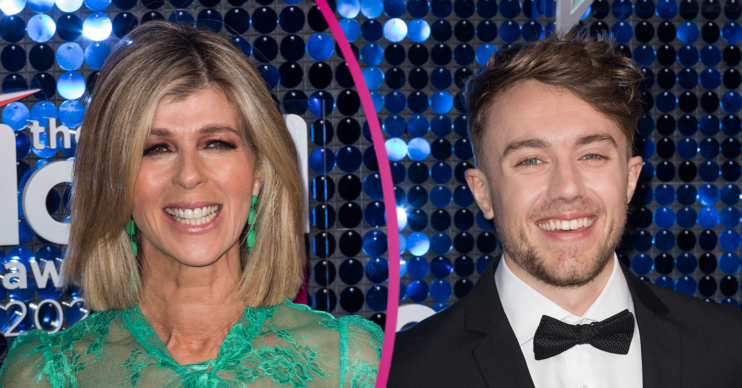 In his I’m A Celebrity outfit, Roman helped make the party a success alongside dad Martin Kemp.

The birthday bash was camp-themed, so it was fitting that Roman wore his I’m A Celebrity t-shirt as he joined his campmate Kate Garraway. With her husband Derek recovering in hospital, Kate made sure that son Billy still had the best day.

In an Instagram post, Roman showed off the efforts of Kate’s hard work. From nerf gun wars to a Fortnite themed cake and an epic eater fight, big kid Roman got stuck in with the fun.

The 27-year-old shared some snaps from the day with his 1.1 million followers. He wrote: “So nice to see my amazing jungle mate @kategarraway for Bill’s birthday! Got back into my jungle kit for some camping and nerf wars (Kate did tell me I need to let the outfit go now…) ❤️ happy birthday bill!”

Roman Kemp is “one in a million”

Fans were quick to praise him for helping making Billy’s birthday special. One said: “Aw that’s lovely. I bet you Cheered her up with your impressions. She has been through so much.”

Another shared: “Aww how lovely. What a great friend you are.”

What a great friend you are.

A third said: “That was so lovely of you to do that. Such a special friendship you have with Kate.”

Another commented: “He is one in a million.”

Roman wasn’t the only celebrity friend that Kate asked for help either. To make Billy’s day extra special, Kate also had a perfect cake made by singer Myleene Klass and her partner Simon Motson.

Myleene attended the party with her three children Hero, Ava and Apollo to show support to her friend Kate.

And the icing on the @thecakestoreuk @fortnite cake!! …delivered from all at @global & @smoothradio – thank you all so so much. Honourable mentions must go to @ariannemerry for actually finding #partyrings Bill’s favourite biscuit & sorting @londonballoonlady balloons. Also @judgerinder for when I woke up this morning to find had NO WATER , not even a toilet flushing , instantly scrambled into plumbing action. Consider yourself seriously happy birthdayed Billy!!!

Kate revealed this week that she would be visiting husband Derek in hospital for the first time in four months. The GMB host said: “I might be able to go and visit Derek after the show today and in fact the nurses are going to put Good Morning Britain for him today.

“They’ve got a TV and they’re putting it on this morning, obviously we don’t know what he can hear or see.