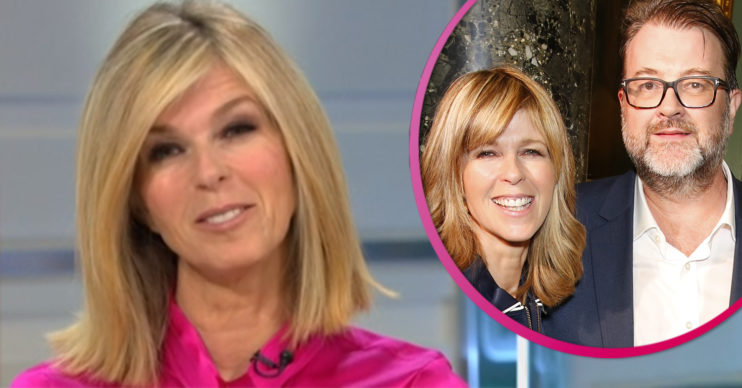 Their son Billy celebrated his 11th birthday at the weekend

TV’s Kate Garraway has said her son Billy will have another birthday party when her husband Derek Draper gets better.

At the weekend, Kate threw Billy a party to celebrate his 11th birthday but admitted it was “emotional” without Derek.

She said on Monday’s Good Morning Britain: “Because the situation of his dad being in hospital, he’s having four birthdays. The first one was with his friends on Saturday.

“Bill absolutely loved it. He was completely overwhelmed. It was emotional of course but I said we’re going to do it all again when dad gets better.”

Roman helped make the party a success alongside his dad Martin Kemp.

Billy’s party was camp-themed so Roman got into his jungle attire.

I said we’re going to do it all again when dad gets better.

He shared a photo to Instagram showing himself alongside Kate at her home.

“Got back into my jungle kit for some camping and nerf wars (Kate did tell me I need to let the outfit go now…) happy birthday bill!”

Meanwhile, Myleene Klass also attended the party with her three children Hero, Ava and Apollo to show support to her friend Kate.

Last week, Kate said she may be able to visit Derek in hospital for the first time since March.

She said on GMB: “I might be able to go and visit Derek after the show today and in fact the nurses are going to put Good Morning Britain for him today.

“They’ve got a TV and they’re putting it on this morning, obviously we don’t know what he can hear or see.