Ant and Dec appeared on the programme today

Declan Donnelly was forced to make an abrupt exit during an interview with Ant McPartlin and Lorraine Kelly on her ITV show.

The 61-year-old host was joined by the Geordie duo on the programme earlier today (May 6).

However, during the chat, Dec, 45, appeared distracted as his dog started to bark.

What did Declan Donnelly say?

Addressing the noise, Lorraine initially said: “I can hear your wee dog!”

“Sorry, that’s Rocky,” Dec replied, before adding: “There’s somebody at the door.”

Lorraine attempted to smooth over the distraction, saying: “Oh, listen, [my dog] Angus does that all the time.”

I can hear your wee dog!

Dec then told them: “I’m going to let him out.”

The trio appeared in hysterics as he abruptly left Ant to conduct the interview on his own.

Despite the mishap, Dec eventually returned to finish discussing their upcoming project with Prince Charles.

Meanwhile, viewers couldn’t help but comment on the moment.

On Twitter, one said: “Not Dec’s dog, Rocky, interrupting their interview on Lorraine! @antanddec @lorraine.”

A second wrote: “Ant and Dec radiate so much positivity and just put such a smile on my face.

“So lovely to see them on #Lorraine.”

In addition, a third shared: “That was hilarious! And Rocky-Roo has the cutest bark!!”

Another tweeted: “It’s nice to hear another dog bark for once and not one of my dogs (Poppy) who grizzles and barks all the time.”

Meanwhile, earlier this week, Lorraine was joined by Kate Garraway on her show.

During the chat, the Good Morning Britain star opened up on her husband Derek Draper’s current health battle.

Kate sweetly revealed Derek – who recently returned home after a year in hospital battling COVID-19 and its after-effects – wished her a happy birthday.

She told Lorraine: “I came in this morning and said, ‘I’m all ready’ and my mum and dad are there and of course the nurses are there.

Lorraine has continued to support Kate throughout Derek’s battle. 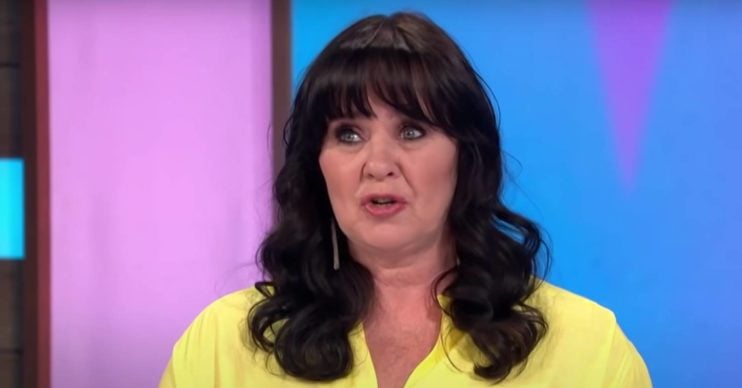