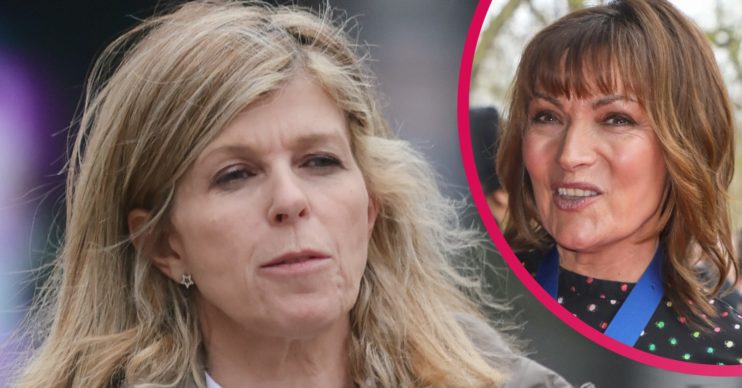 Even before it’s aired, Kate Garraway has received ample praise for her upcoming documentary Finding Derek.

Her good friend and ITV colleague Lorraine Kelly took to her column to praise the star today (March 20).

Lorraine revealed she was “in awe of her resilience, courage and strength”.

What did Lorraine Kelly say about Kate Garraway?

Writing for The Sun, Lorraine said: “Kate somehow manages to keep her family together, she still comes into work and all the while she carries the burden of not knowing what will happen to the man she loves so dearly.

“It will be a raw and powerful watch.”

The ITV documentary will explore Kate’s search for treatment for her husband Derek Draper.

Kate somehow manages to keep her family together, she still comes into work and all the while she carries the burden of not knowing what will happen to the man she loves so dearly.

What happened to Derek Draper?

He has been hospitalised for a year after being diagnosed with COVID-19 in March 2020.

Mum-of-two Kate has had to juggle her ITV career as well as her family duties since Derek was hospitalised.

She was unable to visit him in person for months, and only allowed to have contact with her husband via video calls.

What has Kate Garraway said about Derek?

Speaking on The One Show earlier this week, Kate said Derek is trapped within his own body.

She explained: “He is somebody who both in this time before I knew him, when he was in politics, and also since in all the work he has done in mental health, because that’s his thing now.

“His brain has always been his best friend and he’s lived on his wits and now suddenly his brain – as we all know controls his body – is no longer his friend and he’s fighting to get out.”

Meanwhile, in the trailer for Finding Derek, Kate explains how Derek is the UK’s longest COVID patient.

She says: “Derek is the sickest person the team of doctors have treated this year.

“Is he going to be able to come back or will he be alive but no longer the person he was?”

So when is Kate Garraway: Finding Derek on?

Finding Derek is on ITV at 9pm on Tuesday March 23 at 9pm.

After its initial air, it will be available to stream on ITV Hub.