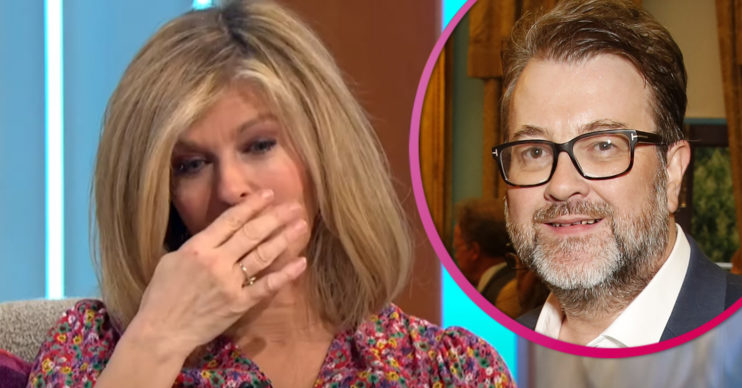 The Good Morning Britain host turns 54 today (May 4) and appeared on Tuesday’s edition of Lorraine.

Kate sweetly revealed Derek – who recently returned home after a year in hospital battling COVID-19 and its after-effects – made a comment on the special occasion.

Kate told Lorraine Kelly: “I came in this morning and said, ‘I’m all ready’ and my mum and dad are there and of course the nurses are there.

“It makes me feel a bit emotional actually. But it’s happy tears. I won’t look at you for the moment,” as she became teary.

She added: “Not to be technical about it but that is massive and obviously wonderful because that’s what I want to hear.

“I told him the night before and I had to prompt him but he held that idea that it’s my birthday and signs like that are fantastic.”

It makes me feel a bit emotional actually. But it’s happy tears.

Speaking about her birthday, Kate said she’ll be spending it with her family.

She said: “My mum and dad are allowed to come and visit. They’re my bubble so they’re coming.

“We’re going to have a family meal and gather around Derek and open some cards hopefully.”

How is Derek doing?

Last month, Kate revealed Derek had returned to their family home after spending over a year in hospital.

He was taken to hospital in March last year and then tested positive for COVID-19.

Derek was put into an induced coma and battled the virus for months.

Now, he’s dealing with the after-effects and has round-the-clock care at home.

Kate recently spoke about Derek’s return home to her and their two children, Darcey and Billy.

“He is definitely still Derek. I believe he will improve.”