Hamish Gaman has confirmed he will be returning to ITV's Dancing On Ice, after taking a break from the show amidst claims he had fallen out with his former celeb skating partner Caprice Bourret.

The professional ice skater, 36, told his fans on social media just last week that he was leaving after struggling with his mental health.

But he has since taken to Twitter and Instagram to confirm that he will back on the show very shortly.

Addressing his some 49,600 followers on Instagram, he shared a picture with his fellow DOI professional skaters and former contestants.

His caption for the snap included: "Hi everyone. I'm excited to be returning to @dancingonice tonight. 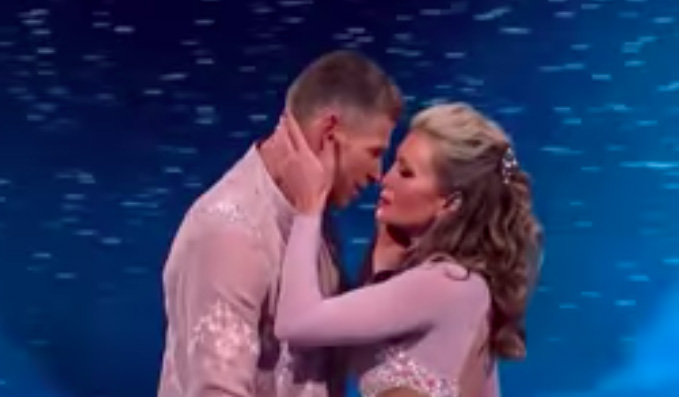 Caprice and Hamish reportedly fell out on Dancing on Ice (Image credit: ITV)

"Thank you to everyone who reached out to me when I was really struggling.

"It just goes to show how powerful a few kind words can be.

"When I felt like I was under attack, you were there for me, and I'm so grateful for your support and kindness."

He was caught up in an alleged feud with his celebrity partner this year, former model Carpice Bourret, who quit citing mental health reasons.

The Canadian star, who appeared on the reality series Ladies of London and Celebrity Big Brother, 48, went on to deny that she had "bullied" Hamish over being "too feminine".

Hi everyone. I’m excited to be returning to @dancingonice tonight ❤ Thank you to everyone who reached out to me when I was really struggling. It just goes to show how powerful a few kind words can be. When I felt like I was under attack, you were there for me, and I’m so grateful for your support and kindness. To my friends in this photo: @saaraaalto @jamesjordan1978 @alex_lukasz @vanessabauer_skates and @wes.nelson your support and kindness means more to me than you’ll ever know. See everybody on the ice tonight ✨#dancingonice

"Caprice received very little support from ITV and had to seek external help of her own accord."

Read more: Jason Gardiner says he is 'happier' since quitting Dancing On Ice

A source had claimed to The Sun Online that Caprice had "belittled" Hamish during their training.

"She would mock him in front of the Dancing On Ice crew with comments such as, 'you skate like a girl' and 'be more manly - you're more feminine than me'.

Caprice was briefly re-partnered with ice skating pro Oscar Peter - only to quit the show just before the Fairy Tale episode at the beginning of February.

A representative for Caprice confirmed to Hello! Online her decision: "It's true that Caprice is no longer participating in Dancing on Ice. It's been a hard few months and she's had to keep silent for contractual reasons.

"Her mental wellbeing has been affected over the last two months and recent stories leaked to the press are not only salacious but extremely hurtful. Now she's taking some time to recover and look after herself and her family."

Dancing on Ice airs on Sundays on ITV at 6pm.

Are you excited for Hamish's return to Dancing on Ice? Share your thoughts with us on our Facebook page @EntertainmentDailyFix.