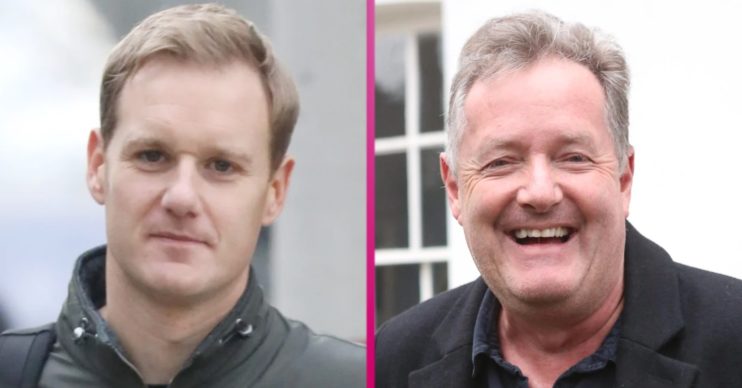 The pair have been at loggerheads for years

Dan Walker has opened up on his bitter rivalry with Piers Morgan, following his departure from Good Morning Britain.

The 55-year-old presenter dramatically quit the ITV show after refusing to apologise over his comments about Meghan Markle.

Now, BBC Breakfast host Dan has spoken out about his rival.

What did Dan Walker say about Piers Morgan?

Over the years, Dan and Piers have fired thinly-veiled shots at each other over their competing shows.

But, during a chat with The Sunday Times, Dan claimed there was a “decent bloke” in Piers.

The BBC reporter said: “Piers [Morgan] and I have had a friendly rivalry, but it has been good for BBC Breakfast and GMB.

I think there is a decent bloke fighting to get out

“He likes to throw a few insults around, but underneath all the froth I think there is a decent bloke fighting to get out.

“They are very different programmes and I’ve always said GMB do a good job.”

In addition, Dan, 44, went on to say how their interviewing styles were “very different.”

Following his departure from GMB, Piers took a swipe at rivals BBC Breakfast over viewing figures.

Viewing figures for Piers’ final appearance on GMB revealed that it beat BBC Breakfast with an audience share of 35.3%.

Sharing the news on social media, he wrote: “I had one goal when I joined GMB – beat BBC Breakfast in the ratings. On my last day, we did it.

At the time, he responded to the news on Twitter.