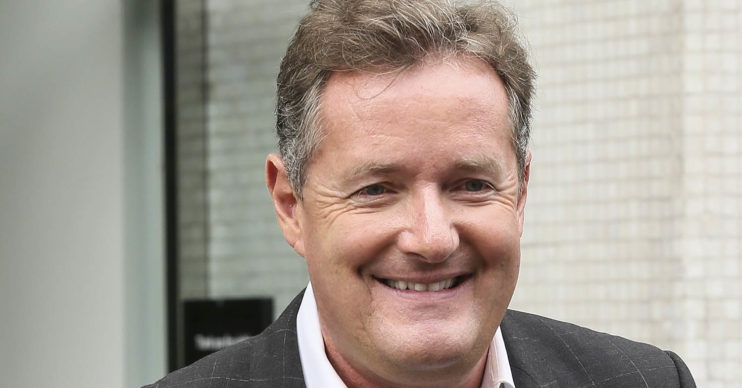 Despite their divorce, the pair have remained good friends

Piers Morgan has paid an unexpected tribute to his ex-wife Marion Shalloe.

The 55-year-old Good Morning Britain host explained his former partner was one of the many who reached out, following his departure from the ITV programme.

Together they have three sons, while Piers has another daughter from his current marriage to Celia Walden.

In a column for the Daily Mail, the presenter praised his ex-wife for supporting him in the wake of his GMB exit.

It came after Susanna Reid gave a “frosty” speech about her former co-host on the show.

Writing in his column, Piers quipped that Marion spoke about him “more fondly” than Susanna did at the time.

He said: “Jeez, even my real ex-wife talks more fondly about me than that (and, in fact, did so overnight in a very supportive message).

Piers clarified that the pair hadn’t fallen out, but he thought Susanna felt “angry and sad” at him leaving.

Despite their divorce, Piers and Marion are still friends.

Meanwhile, in 2009, the former newspaper editor opened up on their “horrendous” split.

Speaking to the Daily Mail, he said: “The divorce was a pretty horrendous experience – all divorces are deeply unpleasant.

“The day Marion and I got divorced, I said, ‘You know what? We can both go away feeling awful about this, but let’s never mention it again.’

“I don’t regret it because these things happen, but I’m pleased that we’ve stayed good friends, because it’s important for your kids.”

Furthermore, Piers also accused Alex Beresford of “trying to make name for himself” while in his column.

The pair famously clashed following a discussion about the Duchess of Sussex, Meghan Markle, on GMB.

Writing in the Mail, Piers said: “I don’t mind outside guests trying to make a name for themselves by whacking me like this, but I wasn’t going to sit there and take it from one of my own team, especially someone who I’ve gone out of my way to help whenever he’s asked me for advice about his career.

Read more: Piers Morgan latest: Star to ‘have his say’ after GMB exit

Following the comments, Alex took to social media to offer a message of hope and positivity.

Alongside a snap of himself, he wrote: “Remember, the sun still rises and sets so beautifully some place in the world every day.”