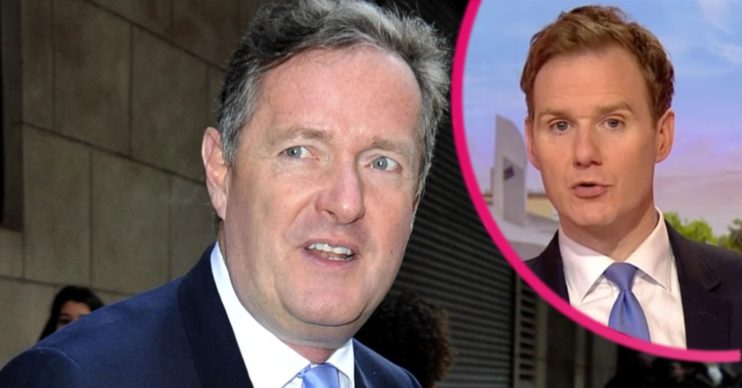 The presenter finally beat BBC Breakfast in the ratings

Piers Morgan has taken one final swipe at BBC Breakfast following his exit from GMB.

It comes days after the 55-year-old presenter confirmed he was stepping down from the ITV programme.

Piers Morgan GMB exit: What did the host say?

Viewing figures for Piers’ final appearance on GMB reveal that it beat BBC Breakfast with an audience share of 35.3%.

Clearly a little smug, he wrote: “I had one goal when I joined GMB – beat BBC Breakfast in the ratings. On my last day, we did it.

Furthermore, it comes after rival Dan Walker took a swipe at Piers earlier this week.

Following the star’s departure, the BBC host responded to the news on Twitter.

However, his followers were divided over the tweet as some people called it “rude” and “uncalled for”.

Meanwhile, on Wednesday (March 10), Dan appeared to make another dig at Piers on Twitter.

I had one goal when I joined @GMB – beat @BBCBreakfast in the ratings.
On my last day, we did it.
That was down to the hard work & dedication of the whole team.
They don't all agree with me, some don't even like me, but we were a team..and we won.
Thanks guys. I'll miss you. pic.twitter.com/eOOmoZfmPT

He told his followers: “To all the shouty, sweary people telling me I’m nothing like you know who… thank you.

“If you want a programme happy to exploit issues like mental health to create controversy, division & clicks I’m delighted to say… you’re in the wrong place.”

The TV rivals have been at loggerheads for years.

As well as taking a swipe at BBC Breakfast and its position in the ratings, Piers previously branded Dan a “poodle” in one of their many Twitter spats.