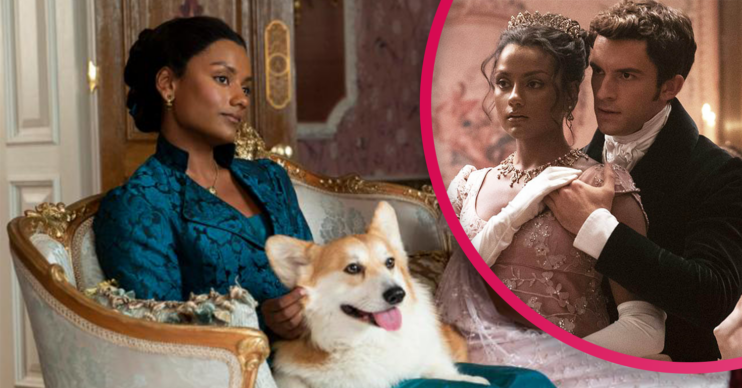 Bridgerton cast: Who is Kate Sharma? Why is the character’s surname different from the book?

She's single and really NOT ready to mingle!

A new arrival on the London social scene, Kate becomes a love interest for Anthony Bridgerton, who the second season of the show focuses on.

So what do we know about Kate and her upcoming storyline?

She plays Olivia Hanan in the hit Netflix series. And the star obviously made such an impression she was selected to join the cast of Bridgerton.

Read more: Where did we leave Benedict Bridgerton in season 1? What’s next for him in season 2?

Simone was thrilled to be cast as Kate, with the character’s surname being changed from Sheffield in the books to Sharma to reflect the star’s Indian heritage.

Who is Kate Sharma and who is she linked to?

Kate is a newcomer to the London social scene. She’s a smart headstrong woman who suffers no fools – Anthony Bridgerton included.

Kate will be seen hoping to secure a love match for her youngster sister Edwina. However, she wholly disapproves of Anthony Bridgerton.

After having his heart broken in series 1 by opera singer Sienna Rosso, Anthony told sister Daphne and her husband the Duke of Hastings he would find a suitable wife but love wouldn’t factor into his decision.

Season 2 is an adaptation of Julia Quinn’s The Viscount Who Loves Me. It will see Anthony decide that Edwina Sharma should be his wife.

However, his heart soon gets involved and Kate turns his world upside down.

But the path of true love will not run smooth. The pair face an initial disdain of each other and Kate will be seen torn over her loyalty to her sister.