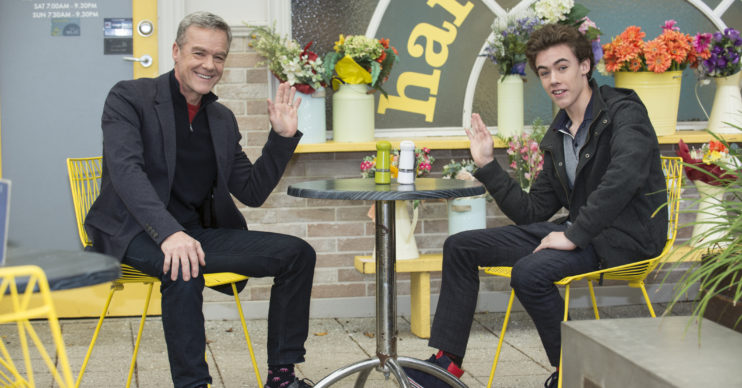 Neighbours legend Stefan Dennis wasn’t allowed to see his own son on set due to “strict” social distancing measures.

The Neighbours actor – who plays Paul Robinson on the Australian soap – has opened up about production getting back underway amid the coronavirus pandemic.

He has revealed he wasn’t able to see his son Declan Dennis, who recently joined the cast in a guest role as bad boy Louis Curtain.

I couldn’t see him as he was on one side of the building and I was on the other.

Read more: EastEnders ‘will go off air before it can resume filming’

Appearing on ITV’s This Morning, Stefen said: “Obviously we have to keep the one-and-a-half metre distance rule, that is extremely strict.

“What we have done is we’ve actually broken the studios up into four groups, four teams, which are all colour-coded.

“If you’re in team A as opposed to team B, we cannot cross over.

“That’s really weird, because when my son was working a few weeks ago, he was at work and I was at work, and I couldn’t even see him.

“It wasn’t that I wasn’t working with him. I couldn’t see him as he was on one side of the building and I was on the other.”

The 61-year-old star revealed that some colleagues do get to see each other. However, he insisted there are “very strict social distancing rules in place”.

Other safety measures in place

Stefan was speaking to Friday hosts Eamonn Holmes and Ruth Langsford. He added: “We have medical officers, and a nurse who does a temperature check.

“You’re not even allowed into the building without being temperature-checked by the nurse and given the all-clear.

“The alleyways and hallways are divided in half and you have to get well to the wall so you have that distance.

“We do see other cast members and other people, and when you’re in a studio it’s inevitable. You have to, we’re still working. But there’s no touching and a certain amount of actors on set at one time.”

The UK soaps, Coronation Street, Emmerdale and EastEnders are set to follow Neighbours’ lead and return to filming.

The BBC has confirmed filming will begin again on EastEnders at the end of June.

ITV are putting the final plans in place for their two soaps to resume production.