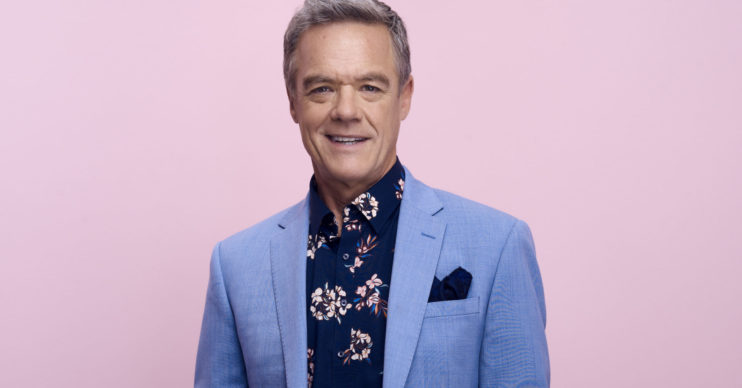 Stefan, who plays bad boy businessman Paul Robinson in the soap, insists he had nothing to do with Declan’s casting, but that he’s thrilled his son will join the cast.

Declan will play Louis Curtain, who is described as a “bit of a bad boy” – like father, like son then!

Read more: These Coronation Street characters have all done time – can you remember the crime?

Speaking of Declan’s new Neighbours role, Stefan said: “I’m obviously very proud that Declan has chosen to, not so much follow in my footsteps but to make his mark in the world of showbiz.

“Contrary to what people may think, he did this on his own – apart from the dad taxi bit!

“So, yes very proud and happy to pass on some wisdom from my years in the biz.”

Stefan also admitted he’s learning from his son as they do their lines together.

“The great thing about him working on the show is that now we do our lines together at night.

“Fortunately, he’s not opposed to getting a bit of advice and coaching from me, and it’s fun to see him take direction so easily and turn up good scenes.

“He even gives me a gem to think about sometimes, you never stop learning in this industry.”

Neighbours is the first soap to have gone back to work after the coronavirus pandemic shut down filming.

They have, however, imposed strict rules including not being in the same studio unless required to film together. They also must maintain a 1.5 metre distance at all times.

And despite living together, Stefan and Declan will stick to the rules!

“So we don’t even see each other whilst at the studios because of the new system in place there to make it safe for everyone. We go our separate ways at the front of the studio!”

For his part, Declan is excited to be a part of the cast. He told how his dad helped him “develop” his bad lad character.

“Dad didn’t so much help me just play ‘the bad guy’ it was more about helping me develop the character as a whole. But it is fun being a bit of a chip off the old block.”

So could Declan be following in the footsteps of his famous father long term?

“I do like the idea of following it as a career but I also understand the pitfalls of the unsureness of this industry,” said the wise young man.

“Therefore, I understand why my parents have suggested I have a second string to my bow!”