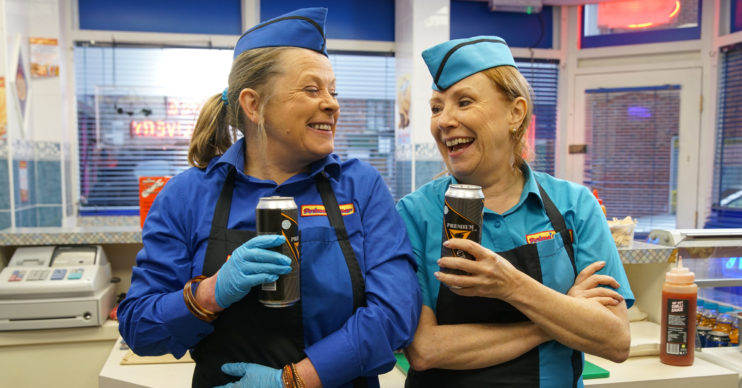 The show will use a 'light-handed touch'

Coronation Street boss Iain MacLeod has confirmed that the soap will include reference to coronavirus when it returns to filming.

Although the soap is currently not in production as lockdown restrictions prevent the cast and crew from working, plans are afoot to get back to work as soon as they can.

ITV boss Kevin Lygo last week said both Coronation Street and Emmerdale were close to running out of episodes.

But once filming can resume, Iain has said they will reflect the pandemic in their storylines.

Speaking at a press conference yesterday, he said: “The Coronation Street we love reflects modern Britain, albeit in a heightened way sometimes.

“We felt that if there was no coronavirus present in Coronation Street, it would stop being a reflection of modern Britain and we’d instead be a parallel fantasyland.”

He continued: “We took the view that it has to exist in our world.”

The producer admitted he knew people tuned into soaps for “escapism” and to see dramatic stories.

For that reason, the pandemic won’t “dominate every single storyline and scene.”

How will Coronation Street refernce coronavirus?

He added: “Coronavirus is pretty much the only conversation in my house. But people wouldn’t want to tune into Coronation Street and see people talking about coronavirus in every scene.

“It will be there, you’ll be able to see evidence of it in the way that people behave.

“We will see it reflected in how businesses are run. They’ll be tweaked to do more takeaways and the like, as food outlets are doing in the real world.

“But we’ll still continue telling the same brilliant, dramatic stories and include the healthy dollop of comedy that we always do. We don’t want to turn the show into something viewers don’t recognise.

“It will be there, handled with a light touch.”

Corrie has been credited with predicting coronavirus when Geoff Metcalfe told wife Yasmeen to sing Happy Birthday twice while washing her hands.

The show later tweeted that that scene had been written and filmed before the government advice came out.