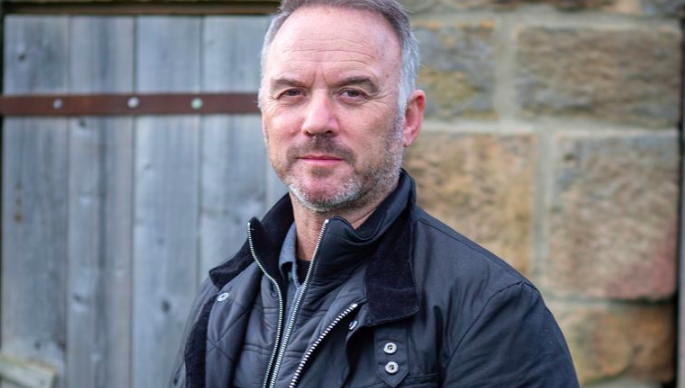 She played Ronnie in EastEnders after all

Mark Womack recently joined the cast of Emmerdale, the first time the actor has ever appeared in a soap.

But he didn’t have to go too far for advice over serial drama’s notoriously gruelling schedules, or on-set etiquette…

He just asked his wife Samantha!

Mark portrays DI Malone in the ITV soap, who tonight (Thursday March 5 2020) arrives to question Will.

Learn your lines and don’t knock anything over on set!

The actor, 59, has been married to former EastEnders star Samantha Womack since 2009, and the pair have two children together.

Speaking to Digital Spy, Mark revealed the advice Samantha – who played Ronnie Mitchell in the BBC soap between 2007 and 2017 – has given him ahead of his Emmerdale debut.

She told him: “Learn your lines and don’t knock anything over on set!”

He added: “She’s excited that I’m doing it.”

The actor also admitted that he’d actually auditioned for another role, revealing: “I actually came in to meet for another role a while back that didn’t work out, and then this one came along.”

Mark will play a police officer with a “dark history”.

The Liverpool-born actor, best known for his roles in Murphy’s Law, Merseybeat, Vera and Babylon, said: “It’s always a lot of fun to play the bad guy and Malone definitely falls into that category.

The Womack @Merseymouth has only gone and joined @emmerdale Can’t wait to watch him this spring…… pic.twitter.com/vHUVk2VqbV

The ITV soap also revealed that actor Reece Dinsdale will be joining the cast this Spring, too.

But he won’t need any advice about being in a soap, after playing Joe McIntyre for two years in Coronation Street.

Reece has been cast as newcomer Paul – a blast from Mandy Dingle’s past.

We’re told that Paul will certainly stir things up for Mandy and her mysterious friend Vinny.

Reece said about joining Emmerdale: “I’m absolutely delighted to be joining the cast of Emmerdale.

“Having recently directed a couple of episodes, and seen at close quarters the superb work the cast, crews and creatives produce, I can’t wait to become part of the team once again… albeit in a different capacity.

Producer Laura Shaw said of the new cast members: “We are absolutely thrilled to have Reece Dinsdale and Mark Womack joining the Emmerdale family.

Are you intrigued to find out more about the newcomers? Leave us a comment on our Facebook page @EntertainmentDailyFix and let us know what you think!