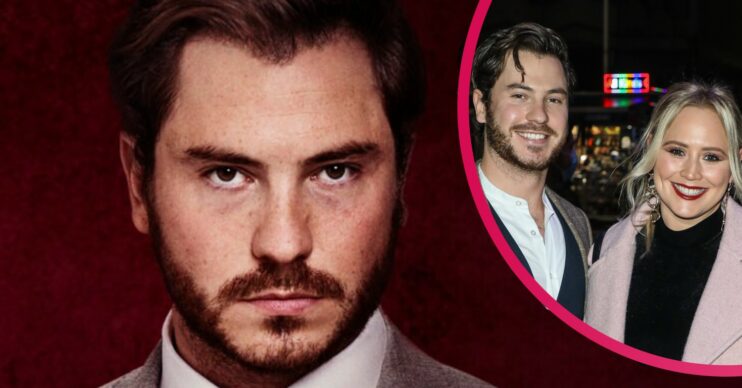 Gray Atkins in EastEnders: How many people has he killed? When will he be caught?

Is it time for the killer to get caught?

Gray Atkins in EastEnders seemed like the perfect husband when he first arrived in Walford. But fast forward a few months and the scales fell from our eyes as it became clear he was a violent abuser.

His long-suffering wife, Chantelle Atkins, died at his hands and he’s since gone on to kill again, more than once.

But as a Christmas wedding approaches for him and Chelsea Fox, Whitney Dean is on the case and about to catch him out. Is he finally going to go to prison for his crimes?

Here’s what we know about Gray and his alter ego, Toby-Alexander Smith.

Read more: Jessica Plummer stars alongside two other former EastEnders stars in The Girl Before

Who is Gray Atkins in EastEnders?

Solicitor Gray swept Chantelle off her feet and was seemingly her saviour.

They had two children together, Mia and Mackenzie, and seemed blissfully happy when they moved to Albert Square.

But behind the doors of their perfect house their ‘perfect’ marriage was a sham. Gray was violent and controlling. He made Chantelle suffer repeatedly and stripped her of all her confidence.

Among his other violent acts he broke his wife’s arm, forced her to hold her breath under water and often punched her in the stomach, even when she was pregnant with their third child.

When Chantelle finally summoned up the courage to leave him, having fallen for neighbour and boss Kheerat Panesar, Gray caught on to her plan.

An argument in September 2020 led to Chantelle falling and becoming impaled on a knife in the dishwasher. Instead of phoning an ambulance to help Chantelle, who was still alive, Gray left her to die alone and frightened.

He then played the grieving husband to perfection. No one had any idea he was actually a cold-hearted killer…

Who has Gray killed in EastEnders?

Until Tina Carter moved in. She had his number and knew he was controlling.

She called him out on it and he hit back – killing her too. He buried her body last Christmas in an unknown location.

Gray convinced her family she had gone on the run over being a suspect in Ian Beale’s attack, but they are now getting worried.

Her name was cleared and there’s no reason she couldn’t return, but despite that, no one has heard from her.

Meanwhile, Gray lashed out again when he was trying to keep Whitney Dean all to himself.

Whit was planning to leave with boyfriend Kush Kazemi and Gray was determined to have her all to himself.

He followed Kush to the tube station and pushed him in front of an oncoming train.

Gray almost got what he wanted when he shared a kiss with Whitney. However, he soon gave her a glimpse of his dark side and she ended it immediately.

He then got Chelsea Fox pregnant and the couple are now engaged.

But Gray lost his job, after sending vile Twitter messages to his boss, and he is working in a burger bar to try to make ends meet.

He recently decided to work independently and asked Ben Mitchell to provide him with big-paying clients. However, Chelsea ruined all of that by storming in and interfering when she thought Gray was under threat.

Ben pulls out of the agreement, but Eve hands Gray a lifeline – and a client with plenty of cash – and the pair begin working together.

With Chelsea and Gray on rocky ground, she calls off the wedding this week. However with the big day approaches, something must change because by Christmas she’s getting into her wedding finery preparing to say I do.

When will he be caught out?

Whitney, who caught Gray out over his burger bar lies, bumps into his old boss Laura and is stunned by what she tells her. Laura insists Gray is a dangerous misogynist and advises both Whit and Chelsea to stay well away.

On a mission to find out exactly who Gray is and what he’s capable of, Whitney goes on a desperate search for the truth.

When she finally manages to get it, she’s in complete shock as she realises Gray killed Chantelle.

Determined to stop the wedding, Whitney reveals everything to Chelsea. But her timing could be better as Chelsea’s in her wedding dress ready to leave to get married!

Will she believe Whitney and go through with the wedding? Or will she expose Gray for the killer he really is?

Is Christmas finally going to be Gray’s downfall after all these months?

Who plays Gray in EastEnders?

Gray is played by Toby-Alexander Smith who was born in Staffordshire in the West Midlands.

The 31-year-old actor first appeared in EastEnders in 2019.

He’s also been in Doctors, Flack, Krypton and Berlin Station. He is a talented singer too.

Who is Toby-Alexander Smith dating?

Toby is in a relationship with Emmerdale star Amy Walsh. They met in the audience of Strictly Come Dancing in 2019.

Toby wasn’t even meant to be in the audience that year and Amy wouldn’t have been there if it wasn’t for Jamie Laing’s injury and Kelvin Fletcher taking his place.

Four months after their first meeting, with lockdown in full swing and work on soaps stopped, Toby moved in with Amy.

Amy admitted the “twists of fate that came into play to make us meet are crazy”, while she also admitted that the pair didn’t know they were both on soaps when they first met.

She told OK!: “After the show someone sent me a screenshot of us in the audience and I sent it to my best friend and joked: ‘Me and my future husband,’ just thinking it was going to be a date. But after our first date I was like: ‘This is it!'”

Toby admitted the three months of no filming, when the couple were in their own little bubble, was the “best three months” of his life.

Are Toby-Alexander Smith and Amy Walsh having a baby?

The couple are expecting their first child together any day now. They have recently moved in together in London as they await the arrival of their Christmas baby.

In a recent interview with OK! magazine, Amy admitted she was hoping they’d be hearing the pitter patter of tiny feet before the big day itself.

“My grandma was born on Christmas Day and she hated it,” she revealed.

“I’d like the baby to come the week before Christmas as it will be so magical for all the kids. The thought of potentially being there with a baby in my arms is amazing.”