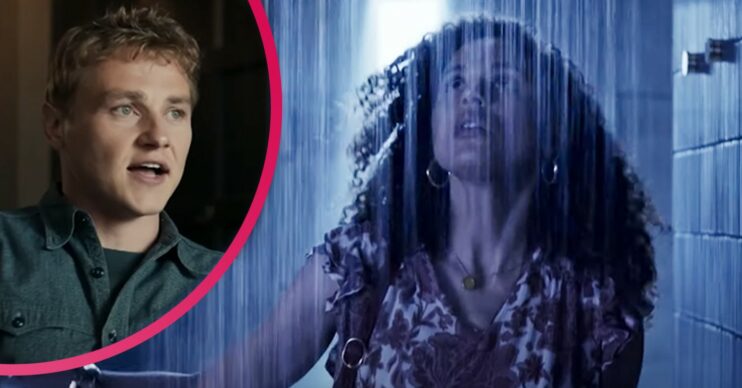 Jessica Plummer plays Emma in BBC Drama The Girl Before

The BBC has given drama fans a first glimpse of exciting new drama The Girl Before and there’s at least one familiar face in the trailer.

Jessica Plummer, who plays Emma in the four-part series, is better known to EastEnders viewers as tragic Chantelle Atkins.

Daughter of Karen Taylor and Mitch Baker, Chantelle was killed off in September 2020 by her abusive husband, Gray.

What happened to Chantelle in EastEnders?

Chantelle died after Gray pushed her during an argument. She fell onto upturned knives in the dishwasher. As she begged him for help, Gray walked away and let her die.

EastEnders fans are still waiting for evil Gray to face his comeuppance.

In The Girl Before, Emma is the eponymous girl before main character, Jane (Gugu Mbatha-Raw) and it looks like Emma may have met a similar fate to Chantelle.

What is The Girl Before about?

Jane gets the chance to live in a beautiful, minimalist house at an extraordinary low rent on the condition that she follows the rules of its enigmatic architect Edward (David Oyelowo).

The creepy trailer suggests that Emma had a relationship with Edward that didn’t end well.

And the list of rules soon starts making Jane feel herself changing in unexpected ways.

The trailer eerily explains how Jane should have “no ornaments, no pictures, no carpets or rugs”, while a mystery man plays with a model of the house and a naked female figurine.

“That tenancy is pretty freaky, right?” comments a character who is presumably an estate agent.

After doing a bit of research, Jane makes a shocking discovery about her predecessor and begins to notice scary similarities.

As their timelines start to interweave, Jane soon wonders if she’ll meet the same fate as Emma.

EastEnders fans will also spot that Jessica isn’t the only former Walford resident starring in the slick drama, which is adapted from JP Delaney’s best-selling novel.

Who else stars in the BBC series?

And the trailer also shows a brief glimpse of Rakhee Thakrar who played Shabnam Masood in the BBC soap.

Jessica also starred in last year’s I’m A Celebrity… Get Me Out Of Here and was the sixth person to be voted out.

Before landing her role in EastEnders, she was in a girl group called Neon Jungle.

When does The Girl Before start?

The Girl Before premieres on BBC One on Sunday, December 19.

Will you be watching The Girl Before? Leave us a comment on our Facebook page @EntertainmentDailyFix and let us know what you think of this story.

Ben Hardy EastEnders The Girl Before