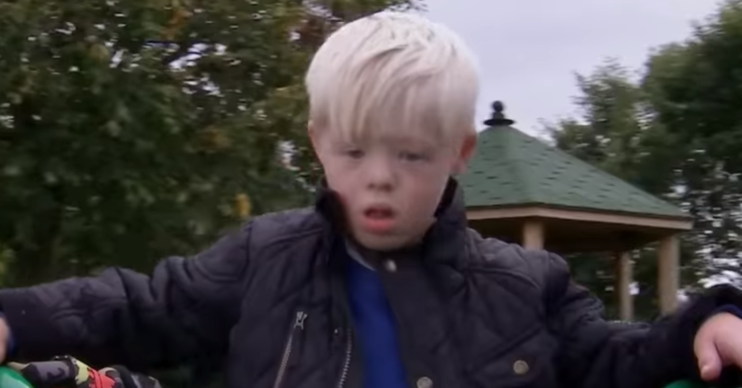 Harvey and his brother appear to have a close bond

Emmerdale star Harvey Rogerson has called his brother Freddie his “hero” in a sweet tribute.

In the first picture, Harvey has his arm around Freddie and in the second picture, the boys can be seen playing by a river and Freddie is helping Harvey up.

My brother my hero …. the way he looks at him 😊 Freddie is such an amazing brother to Harvey yes they fight sometimes but he’s there for him .. so instinctively protective Im so proud of them both 💙💙 #brothersandbestfriends #siblings pic.twitter.com/BmAatyRWHg

Alongside the photos, the post read: “My brother, my hero… the way he looks at him.

“Freddie is such an amazing brother to Harvey, yes they fight sometimes but he’s there for him. So instinctively protective I’m so proud of them both.”

Photos of the two brothers have been posted on to Harvey’s account before, showing the two have a close bond.

Recently, the young actor received an excellent school report and his mum shared the news to Harvey’s Twitter.

The class teacher wrote: “I am so proud of the progress Harvey has made both in terms of his communication skills and his academic ability.

“However I am most proud of how Harvey dealt with the coronavirus pandemic and his change in routine in staying at home.

“Harvey’s kept up the good work he produces at school and with Mum’s help continues to improve.

“You have had a fantastic year Harvey and we are so pleased with you. Keep up the good work!”

Alongside the report, Harvey’s mum said how proud she was and thanked the school staff, who continued to work with them through lockdown.

Returning to work at Emmerdale

Recently soap guru Sharon Marshall revealed on This Morning that children will mostly be absent from Emmerdale and Coronation Street.

This is due to the fact child actors need a chaperone on set. And with new social distancing guidelines, they need to keep as few people on the set as possible.

This means child actors, including Harvey, may not return to work for a while.