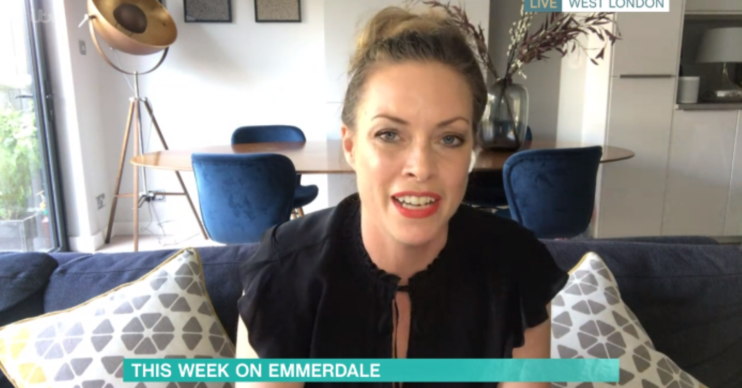 Some of the young ones play important roles in main storylines

Entertainment journalist and soap expert Sharon Marshall has explained why children will mostly be absent from Coronation Street and Emmerdale.

Speaking on This Morning with Holly and Phil today (Tuesday, June 23) Sharon talked about changes viewers may be able to spot in Emmerdale when normal episodes return next week.

As some of the scenes were shot before lockdown, Sharon revealed there may be moments where characters are not social distancing.

She also explained that there will be another big change – there are going to be no children.

Sharon said: “One of the things you’re going to see across Corrie and Emmerdale is no children.

“The reason why is of course you’re going to need chaperones on the set with children so the less people on set the better, we’re trying to cut it right down. So there might be a lot of hide and seek going on.”

Child actors are required to have a chaperone on set with them while they are working. But the changes and new social distancing guidelines mean soap fans won’t get to see some of the young stars for a while.

In next week’s Emmerdale, Millie Tate, played by actress Willow Bell, will appear in scenes as she is left in the village by her mum Andrea.

However as some scenes were shot before lockdown, it’s likely that any scenes involving children were shot back in March.

It seems children aren’t the only ones who have been written out of the soap, as vulnerable actors also won’t be on set.

However, Corrie boss Iain MacLeod explained how this may be addressed on screen.

In a virtual press event he said: “In some cases we will tell a story that accounts for it. In others we’ll imagine they’re upstairs, self-isolating off-screen and the camera just isn’t on them.”

He added: “It has provided opportunities for interesting stories. Have we considered having the vulnerable cast on a Zoom call filmed in their homes? The answer to that is yes. We’re keen to keep as many of our wonderful characters on screen as we can.

“We need to keep sight of them. they’re very well loved.”