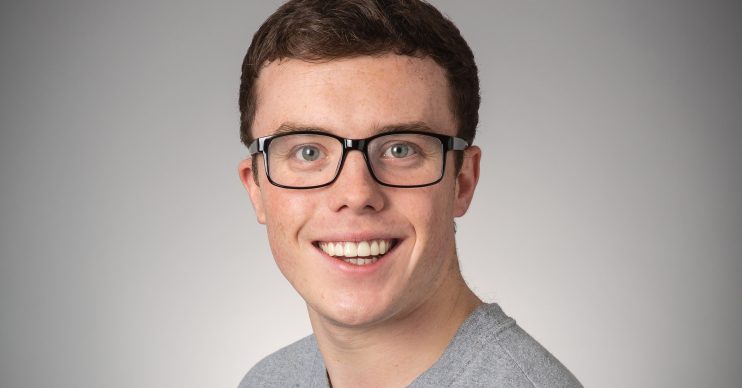 Vinny hasn't had a love interest as of yet

Emmerdale viewers were introduced to Mandy’s son Vinny last year. But since his arrival, he hasn’t had a romantic relationship with anyone.

However Bradley has an idea on who he wants to see Vinny have a relationship with – and it’s probably not who you would expect!

Speaking to Inside Soap, Bradley said: “I think Vinny’s at that age where he’s a bit of a ladies’ man, which he probably isn’t.

“He’s a bit of a geeky character, and we’ve seen a bit of him fancying Belle. However, since Graham’s gone, Kim Tate is without a love interest, so Vinny could be her toy boy!

“I don’t think he would be particularly fussy about who he’s with though!”

However, viewers have predicted a different storyline for Vinny as they think his dad will soon arrive in the village.

Over the last few weeks, viewers have learnt more about Vinny and Mandy’s relationship as mother and son.

What is Mandy and Vinny’s relationship?

Last year it was revealed Vinny is not Mandy’s biological child, leaving viewers questioning how they knew each other and why they were pretending to be related.

But all was revealed recently after Vinny told Sam, Lydia and Samson he wasn’t a Dingle.

Mandy told her family that she met Vinny when he was only nine months old, on her first date with his dad, Paul.

Kim Tate is without a love interest, so Vinny could be her toy boy!

She moved in with Paul almost immediately and for a few years they were all happy together.

Mandy knew she either had to take on Vinny as her own, or put him into care, but she decided to look after him.

The only issue is that she never legally adopted him.

Mandy revealed she wanted to keep Vinny’s true identity secret as she feared the Dingles wouldn’t accept him.

However, Sam and Lydia recognised how Vinny had tried to protect Samson and immediately accepted him as one of the family.

Who would you like to see Vinny have a relationship with? Leave us a comment on our Facebook page @EntertainmentDailyFix and let us know what you think!