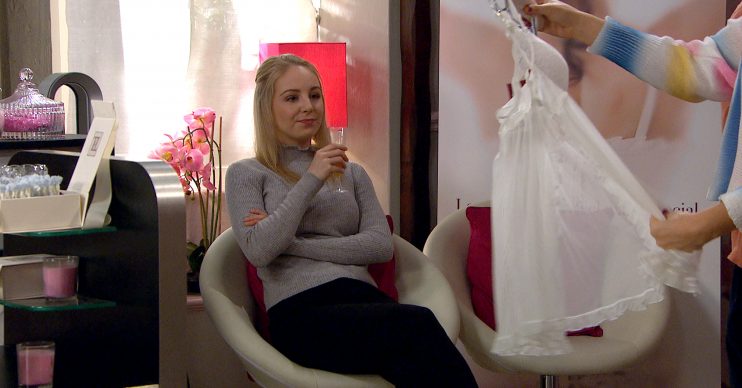 Emmerdale favourite Belle Dingle causes trouble next week when she starts socialising with Andrea Tate, much to Jamie Tate’s horror.

Fans of Emmerdale will know that Belle and Jamie have been secretly sleeping together, despite the fact Jamie is trying to patch up his marriage with wife Andrea.

Belle is also in a relationship with Ellis Chapman… but still that hasn’t stopped the pair sneaking around.

Next week sees Chas Dingle railroading a reluctant Belle into going to a lingerie party at Take a Vow, where Andrea works.

Understandably Belle is worried about spending time with the wife of the man she is secretly sleeping with, but she goes along anyway.

However, Jamie isn’t happy about the pair socialising and has a go about it to Belle.

The guilt is playing on Jamie’s mind

And it seems the guilt of what they have been doing gets too much for Jamie next week, because he comes up with a plan.

To stop the pair of them having to spend too much time together, Jamie decides to work out a way to sack Belle from the vets.

He has a meeting with Paddy and tells him that he thinks they should get rid of Belle in a bid to combat their money worries at the vets.

But after Paddy sacks Belle, she heads straight to see Jamie, knowing he was behind her losing her job.

However, as she confronts him about his sneaky move, she is shocked when he makes a huge confession.

But what has Jamie got to say?

And will his plan of getting rid of Belle at the vets really help end things once and for all between them?

Do you think Jamie should be with Belle or Andrea? Leave us a comment on our Facebook page @EntertainmentDailyFix and let us know what you think!