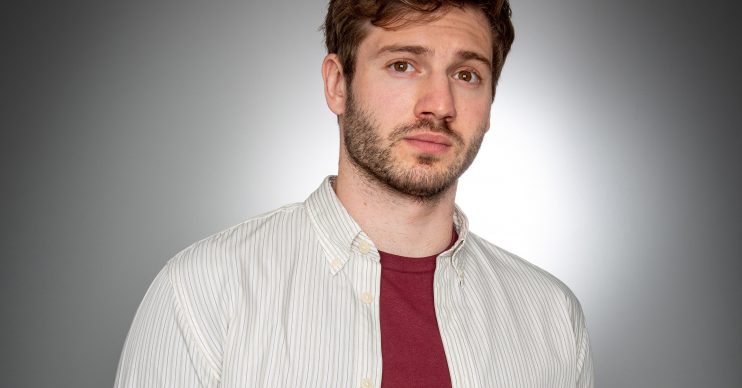 Is he covering his tracks?

Emmerdale’s Jamie Tate causes drama next week when he tries to cover his tracks with Belle Dingle by suggesting they fire her from work.

There has been a spark between Jamie and Belle for months.

But with Jamie still married to Andrea Tate, and Belle dating Ellis Chapman, things are far from straight forward for the forbidden pair.

Jamie is back with estranged wife Andrea after the Christmas bombshell that Andrea slept with Graham Foster. But their reunion hasn’t done much to stop Jamie’s feelings for Belle.

With Jamie and Belle both working at the vets, you would be hard pushed to miss the sexual tension between the pair.

Tonight (Wednesday, March 25) they gave into temptation while working out on a job together.

But instead of going home and coming clean to his wife, Jamie found Andrea waiting for him in her lingerie. He struggled to turn her down when she brought on the charm.

Jamie has a guilty conscience by next week and finds a way to avoid spending so much time with Belle – by sacking her from the vets.

With the vets in financial trouble, Jamie and Paddy brainstorm ways to get it back on track.

But it’s clear they’re going to have to take drastic measures to turn things around.

In a bid to help the vets but also cover his guilt about what happened with Belle, Jamie has a suggestion.

He tells Paddy that he believes they have no option but to sack Belle and save her wages.

But will Paddy agree?

And is Jamie really doing this for the future of the vets, or to ease his own guilt?

Emmerdale’s scheduling pattern will be changing due to the coronavirus pandemic. It will air Mondays, Wednesdays and Fridays at 7pm on ITV from Monday 30th March.