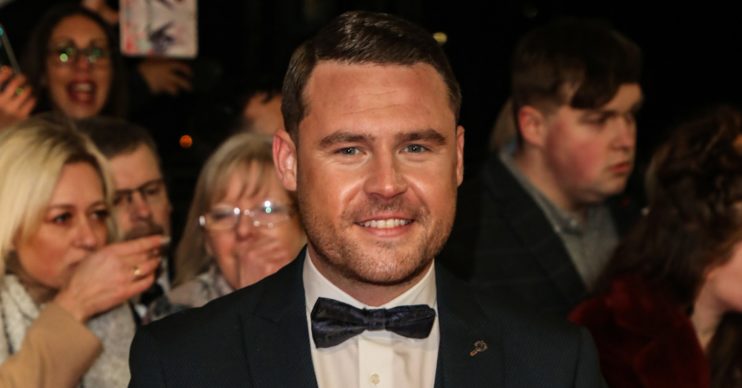 Filming has resumed with special safety measures in place

Emmerdale star Danny Miller, who plays Aaron Dingle, has revealed his fears over returning to work.

The actor, who went back to filming on Wednesday (May 20), recently revealed on Twitter that everyone was “anxious” of the changes they were going to face.

He tweeted: “Wow – it was so good to be back in Aaron’s house with his lodger.

“The Aaron and Cain episode was the first of the six episodes to be shot out of that block and under the new structures and rules so everyone was naturally anxious of how and what changes we would face.”

The news of the six special lockdown episodes was revealed yesterday (Thursday, May 21) during This Morning.

They are using a pared back crew to ensure they meet health and safety protocols. They will also keep in line with strict social distancing measures. The episodes will take two weeks to film.

Everyone was naturally anxious of how and what changes we would face.

The channel is working with the government to make sure all the cast and crew are protected and there are strict guidelines in place whilst filming.

The measures include social distancing. Filming units will also stay together to work in designated studios with crew using their own sanitised equipment.

However, office staff will still work from home. There will also be no on-location filming and the scripts will feature smaller numbers of actors.

When will Emmerdale go off air?

Whilst Emmerdale was set to go off air at the end of May, according to ITV boss Kevin Lygo, these new episodes will change that.

They will ensure it stays on air until at least June.

Which characters will feature in the episodes?

Read More: Emmerdale SPOILERS: Heartbreak for Moira on her birthday

Cain and Aaron will feature in the first of the six episodes. In addition, Chas and Paddy, Sam and Lydia, Marlon, Al and Ellis, Mandy and Vinny, and Jimmy and Nicola will all have episodes in their groups.

Old resentments and past feuds will resurface and old wounds will be exposed. Elsewhere relationships come under scrutiny and doubts and insecurities will be laid bare.

Are you looking forward to the lockdown episode? Leave us a comment on our Facebook page @EntertainmentDailyFix and let us know what you think of this story.