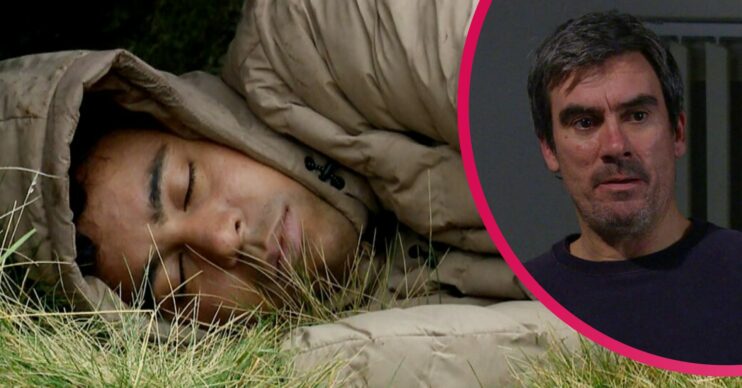 Emmerdale spoilers: Ellis to die as Cain goes after revenge?

But will Cain go as far to kill him?

After Ellis abandoned Belle and Kyle on a day out in last night’s episode (Thursday December 30) it looked like the pair could freeze to death.

Tonight (Friday, December 31) Belle and Kyle are huddled in their car appearing pale and unconscious.

That night Cain is out for revenge and he heads over to Ellis’s.

Kyle is still in hospital and Cain is furious. He even orders Marlon to evict Ellis from Tall Trees, causing all-out war between the Dingles and the Chapmans.

Nate and Moira are worried what Cain will do and it looks like they are right to be concerned after he goes hunting for Ellis.

He drives him up to the moors and leaves him there all alone with no way of communicating or getting home.

A freezing Ellis is soon seen curled up on the floor with bloodied and bare feet and no one looking likely to rescue him.

Meanwhile, Al and Billy are concerned when they find out Ellis didn’t return to the B&B the night before. Their fears grow when they learn he was last seen with Cain.

Al confronts Cain, demanding he tell him what he’s done with Ellis, but Cain holds his nerve and says he doesn’t have any idea what Al is talking about.

But Al knows Cain is lying and later sits by sleeping Kyle’s bedside as a warning. He threatens Kyle and warns Cain to stop playing games.

But where is Ellis? Has anyone found him? Or will he die all alone on the moors?

Recently  it was reported that Aaron Anthony, who plays Ellis, had quit the soap following race row claims.

The actor has apparently told show bosses he won’t return when his contract runs out.

Read more: Emmerdale in 2021 – the highs and lows from murderous Meena to mysterious Chloe

If he is leaving though, could this be his exit storyline already?