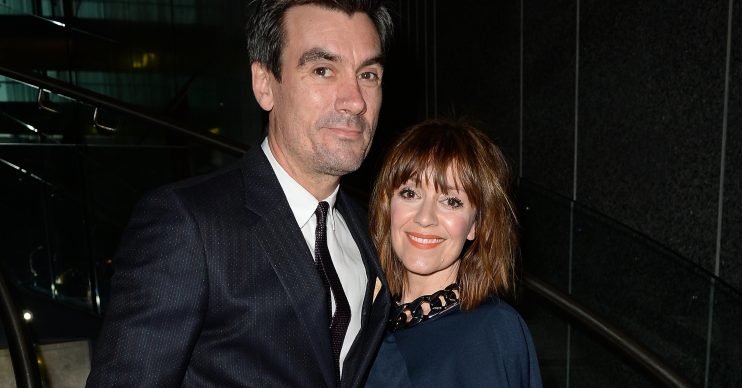 The couple have been running an allotment since 2007

Emmerdale’s Jeff Hordley and Zoe Henry have offered help from their allotment amid the coronavirus lockdown.

During self-isolation, Zoe revealed they are setting up an indoor ‘production line’ to keep things growing.

She posted a picture of Jeff, tending to their indoor allotment and alongside it wrote: “Production line.”

Speaking to the Metro, the husband and wife reached out to say they are more than happy to give advice to any budding gardeners.

They told the publication: “We’ve grown our own veg since 2007 when our daughter was three, we started it for her really but we soon got obsessed with it and now it’s part of our everyday life, but it’s never felt more relevant or important than it does now.”

The couple also encouraged everyone to give it a go.

They continued: “We’d advise anyone to have a go, it’s great for emotional health, being outside or having your hands in the soil, there’s something really positive in watching something you planted grow!”

“And while we’re no Alan Titmarsh (or Percy Thrower for those old enough to remember), people are welcome to tweet us if they’ve got any questions about starting off.”

The couple got an allotment in part because Jeff suffers from Crohn’s Disease, and he was advised to stop eating processed food.

“We like to know where our vegetables come from,” he has said in the past. “I know it sounds crummy, but food does taste better when it has just been picked or dug up.”

Jeff and Zoe are currently off work as Emmerdale has stopped production.

When is Emmerdale on?

On Sunday (March 22) it was announced Coronation Street and Emmerdale would no longer be filming due to coronavirus.

It was also revealed Emmerdale would be cutting down its episodes to three a week.

Emmerdale will now air at 7pm on Mondays, Wednesdays and Fridays from Monday, March 30.

Along with the change in transmission schedule, it was revealed Coronation Street and Emmerdale on-screen timelines would have some issues.

This means dates on the show will no longer match dates in real-life.