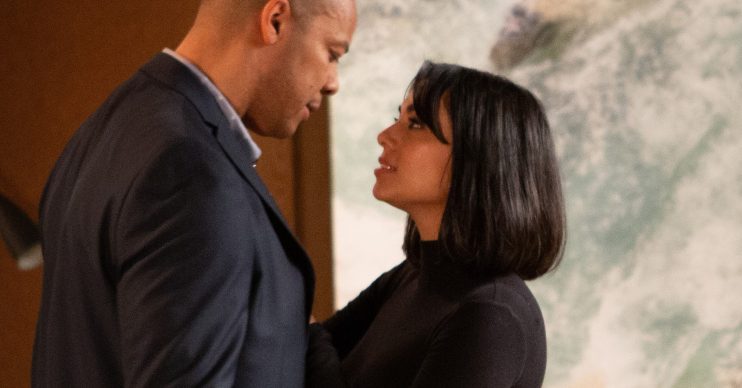 Emmerdale SPOILERS: Things get steamy between Al and Priya

There's romance in the air

Emmerdale’s Priya Sharma finds herself a new love interest next week when things hot up between her and Al Chapman.

When it comes to romance, things have been slightly lacking in that department for Priya over recent months.

However, it looks like that is all set to change in next week’s Emmerdale when things getting flirty with Al.

The connection between the surprise pair comes after Al opens up to Priya about a run in he had with his son, Ellis Chapman.

The conversation makes Priya see Al in a different light and she soon finds herself softening towards him.

The moment is ruined though when they’re interrupted.

Shocked at what just happened, Priya puts the whole thing down to a moment of madness. She’s adamant that they should keep their relationship strictly professional… but Al clearly has other ideas.

Unable to get his near-kiss with Priya from his mind, Al seizes the moment the following day. He tries to kiss Priya once again, and this time things get steamy between the pair.

Just as things really hot up, Jai Sharma arrives back at the office – but will he work out what has been going on between his little sister and Al?

And how will Kim Tate react to the news her staff are getting up to no good behind her back?

Is this another potential romance that she will be meddling in?

Emmerdale’s scheduling pattern will be changing due to the coronavirus pandemic, and will air Monday to Friday at 7pm on ITV from Monday 30th March.

Do you think Priya and Al make a good couple? Leave us a comment on our Facebook page @EntertainmentDailyFix and let us know what you think!