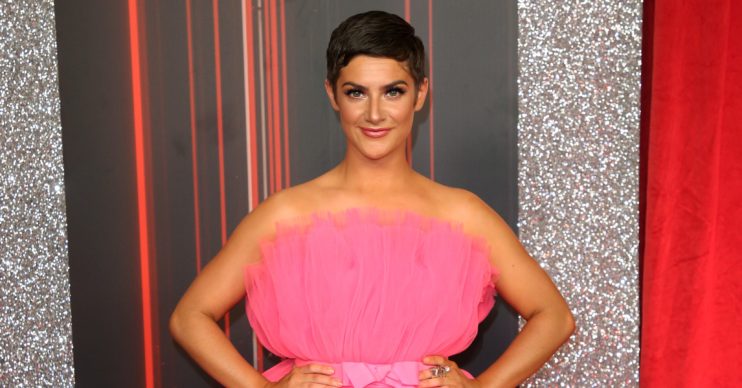 The actress, who plays Victoria Barton, has shown her social media followers just how much her hair has grown over the past few months.

2 more months then possibly a pathetic pony tail….or a mullet.

She captioned the post: “Two more months then possibly a pathetic ponytail… or a mullet.”

A second commented: “I like it, you suit it.”

Over the last 18 months, Isabel has done a lot of experimenting with her hair.

For years the soap star has kept her hair long but last year she decided to cut her hair into a bob.

She sported this look for a few months before cutting her hair even shorter. After her character went off-screen for a few weeks, she returned to the village with a pixie cut.

During an interview with Loose Women last year, Isabel spoke about her decision to make such a dramatic hair transformation. She revealed her long hair was “thick and unruly” before adding that she was ‘over it’.

However due to the coronavirus pandemic, hairdressers have been closed.

What’s happening with Victoria in Emmerdale?

Victoria hasn’t had as much screen time over the past few weeks. The last viewers saw was her revealing she was going to start working at the Outdoor Pursuit Centre running the restaurant.

Sadly, it will be some time before viewers catch up with Victoria again.

What is happening with Emmerdale during the pandemic?

Emmerdale has returned to filming in order for the show to produce special lockdown episodes.

The episodes will air over three weeks and will ensure the show doesn’t go off air.