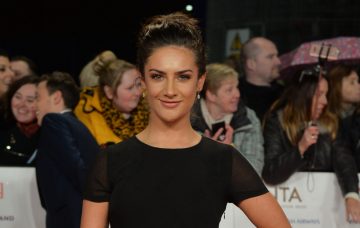 The actress recently split from her boyfriend

The actress posted a selfie from a trip to the theatre to see Matilda, showing she’d had her hair cropped into a sleek bob.

Her fans were quick to comment on her new look, flooding the comments with praise for the star.

“Oh good god your hair is amazing!!” one fan commented, while another said: “Love the new hair!!”

The pair had been together for three years, but they apparently drifted apart as Michael began considering a move to Hollywood.

According to The Sun, the pair had decided they had different priorities and that they would be better off as friends.

“They drifted apart and felt it was better to be mates,” a source said.

“He has been throwing himself into his social life and has just been on a lads’ hol and she is focusing on work, they’re both young and want to follow their dreams.

“They had a meaningful relationship and they’ll remember the good times.”

Isabel has starred on the hit soap for 13 years, after joining the show when she was just 12-years-old.

Meanwhile, Michael joined the cast in 2013 as Ross Barton. He left the soap last year.

What do you think of Isabel’s new hair? Leave us a comment on our Facebook page @EntertainmentDailyFix and let us know what you think.