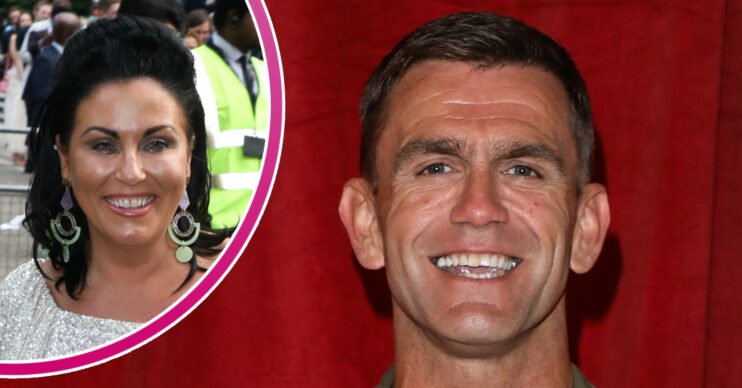 The star was released without charge after she was reportedly 'arrested'

The Jack Branning actor has broken his silence on Jessie’s reported ‘arrest’ after she was filmed allegedly attacking a police officer.

She was reportedly put in cuffs and bundled into a police van following the incident in Bury St Edmunds.

Jessie was later released without charge.

EastEnders news: Jessie Wallace has ‘learned’ from her mistake

However, Scott has now said that 50-year-old Jessie had “learned” from her mistake.

He told The Sun on Sunday: “It’s hard in this job. You get caught out sometimes, it’s life. I love Jessie. There’s nothing wrong with her, she is perfectly fine.

We’re under the spotlight, that’s the reality, so when you do make a mistake, you have to be careful.

“She’s a character, she works very hard, it’s long days, so when she goes out occasionally, maybe she’s tired,” he claimed.

“We’re under the spotlight, that’s the reality, so when you do make a mistake, you have to be careful. She’s in a good place, we move on, she’s learned and we go forward,” he concluded.

EastEnders bosses allegedly issued Jessie with a warning for her behaviour after the incident was reported.

However, she was spared from the sack – with reports now claiming she was saved after bosses signed up Shane Richie for a comeback as Alfie Moon.

Read more: OPINION: EastEnders is dead. Done. There’s no coming back from this.

An insider alleged to The Sun: “Albert Square devotees will be thrilled that Alfie Moon is returning. It also secures the future of Jessie as Kat, because together they deliver one of EastEnders’ most captivating love stories.

“Having them on the cast is seen as a dynamite combination that might get more die-hard fans tuning in again.

“Losing Jessie would have been a disaster for producers who are pinning a lot on new storylines they’re going to be at the centre off,” they also said.

An EastEnders rep declined to comment when approached by ED!.