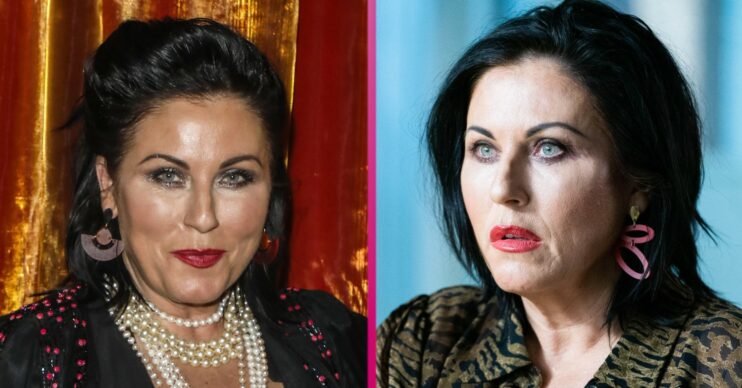 EastEnders star Jessie Wallace has reportedly been arrested for allegedly attacking a police officer outside of a nightclub.

Jessie, who plays Kat Slater in the soap, was reportedly held after a row erupted outside a nightclub in Bury, St Edmonds, Suffolk.

An arrest happened in the early hours of Sunday morning, police confirmed.

A Suffolk Police spokesman told The Sun: “A 50-year-old woman was arrested early on Sunday morning in St Andrew’s Street, Bury, St Edmunds, on suspicion of assaulting a police officer/drunk and disorderly conduct and was released without charge after receiving a conditional caution.”

To accept a conditional caution a suspect must sign a document confirming an admission to the offence alone with details of what they did.

Although it’s not a conviction, it is used as an alternative to a charge as is recorded on the Police National Computer.

It is marked as spent three months after the day after the date of issue but can still be used in any possible future criminal proceedings as evidence of character.

Who does Jessie Wallace play in EastEnders?

Jessie has played Kat Slater in EastEnders on and off since 2000.

Her behaviour reportedly caused bosses to hold a crisis meeting. However she eventually returned to filming and Kat returned to screens.

Back in March of this year, Jessie revealed that she had become a grandmother. She introduced her grandson to the world on Instagram.

Jessie has one daughter, Tallulah Lilac Morgan, with her ex Dave Morgan.

The pair dated in 2004 and Jessie gave birth to Tallulah on November 2 of the same year.

However, Dave and Jessie split up soon after her birth.

Have you been watching EastEnders? Leave us a comment on our Facebook page @EntertainmentDailyFix and let us know what you think.