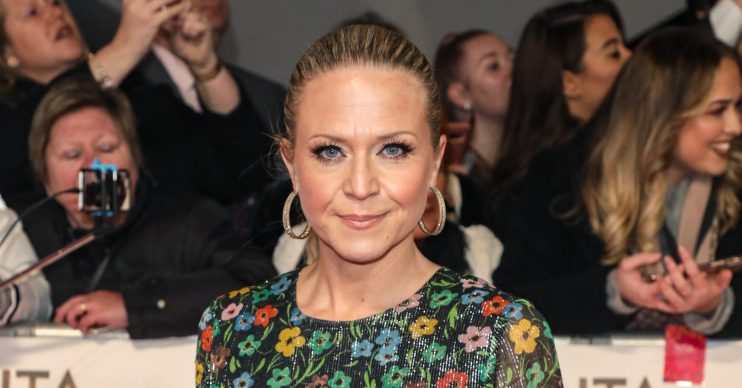 Kellie's character Linda has been struggling with alcohol addiction

Kellie’s co-star Luisa Bradshaw-White, who plays Tina Carter in the BBC soap, posted a selfie of her and Kellie with the award.

YES! YES! YES! So deserved @kelliebrightofficial I love you x

She captioned the post: “Yes! Yes! Yes! So deserved @kelliebrightofficial I love you x.”

Another added: “Kellie deserved it.”

Kellie and Luisa attended the ceremony along with co-stars and Luisa has earlier wowed fans as she ‘dolled up‘ for the event.

It’s been a hard few months for Kellie’s alter ego who has been struggling with alcohol addiction.

Although she has decided to stop drinking, it looks like she will face more struggles next week when mean mum Shelley gives her some home truths whilst picking son Ollie up from school.

Isaac defuses the situation by asking Linda to help at the school, but later Shelley turns up at The Vic. What does she have to say?

Recently the soap celebrated its 35th anniversary and residents of Albert Square partied on a boat to celebrate The Queen Vic winning Best Pub in London.

But it ended in tragedy when the boat crashed resulting in the death of 13-year-old Dennis Rickman Jr.

Meanwhile, Linda ended up trapped in the boat’s kitchen whilst it filled with water.

Luckily her husband Mick managed to get her free before she drowned but the incident made her realise that she needed to stop drinking.

With her now on the right track, Linda has stepped up to help Dennis’s mum Sharon with her newborn baby Kayden

Is Linda finally on the track to recovery?