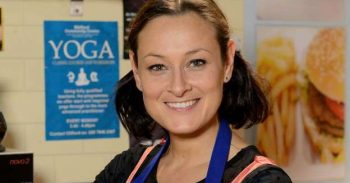 Luisa is attending the event alongside her EastEnders co-stars

Luisa Bradshaw-White, who plays Tina Carter in EastEnders, has wowed fans as she ‘dolled up’ for the TRIC Awards.

She captioned the post: “All dolled up so early today! Good luck to my beautiful friend @kelliebrightofficial #tricawards #EastEnders.”

Fans rushed to comment on how beautiful Luisa looked.

One wrote: “You look beautiful. Have a fab time!”

A second commented: “So pretty.”

A fourth said: “Looking great as ever.”

Also heading to the TRIC awards was Luisa’s co-star Jake Wood, who plays Max Branning in the BBC soap.

TRIC is the Television and Radio Industries Club.

Over the last few months, viewers have seen Mick’s wife Linda struggle with an alcohol addiction.

Although she has decided to stop drinking, it looks like there will be more trouble ahead next week for Linda.

Linda is making progress at her support group, but Tina and Shirley worry when she heads off to collect Ollie from school.

Isaac defuses the situation by asking Linda to help at the school, but later Shelley turns up at The Vic. What does she have to say?

During the show’s anniversary, The Queen Vic celebrated winning Best London Pub by partying on a boat heading down the Thames.

Read More: EastEnders viewers convinced Whitney and Gray will have an affair

However the boat ended up crashing and 13-year-old Dennis Rickman Jr was killed. Meanwhile, Linda ended up trapped in the boat’s kitchen whilst it filled with water.

Luckily her husband Mick managed to get her free before she drowned but the incident made her realise that she needed to stop drinking.

Is Linda finally on the track to recovery?