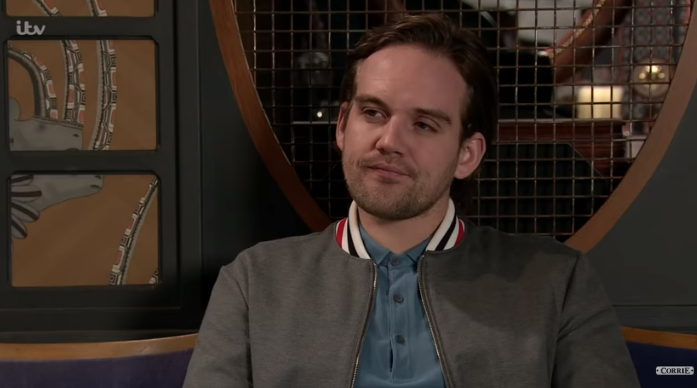 The actor joined Corrie in 2018

A source told The Sun: “Ali’s been one of the most popular characters on the cobbles but the time has come for him to leave.

“He’s at war with murderer Gary Windass over ex Maria Connor and the pair will soon be involved in a brutal showdown on the cobbles.

“Viewers will be worried Gary will claim his third victim.”

However, according to the publication, the door will be left open for Ali’s return.

The source added: “It’s not the last fans will see of Ali in Weatherfield.”

It has also been reported that James has already filmed his final scenes and will bow out next month.

ED! contacted Coronation Street reps who confirmed James has quit the soap. However they did not confirm how Ali will be leaving.

James joined the cast of the soap back in 2018 as Michelle Connor’s biological son Ali. He returned to the cobbles, working as a doctor at the medical centre.

James took over the role from Dario Coates, who played Ali originally from 2007 until 2008.

During Ali’s time in Weatherfield, he has struggled with the guilt of letting Ronan Trueman die and been battling with addiction issues.

He previously had a relationship with Maria Connor but ended things when his addiction put her son Liam in danger.

She went on to date Gary, who Ali has had a rivalry with.

Last week, Maria and Ali ended up sleeping together when the hairdresser was convinced Gary was back to his criminal ways.

However she was shocked to learn he planned to propose.

But will she tell Gary the truth that she cheated on him?