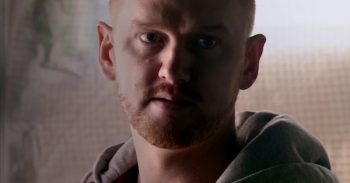 Gary Windass has one of the shortest fuses on the Street. Often he lets his fists do the talking before his brain has done the thinking.

Played with conviction and humour by Mikey North, Gary though has grown as a character since he first appeared with mum and dad Eddie and Anna Windass in 2008.

His time serving in the armed forces was a steep learning curve when he lost best pal Quinny. What he has not learned much about is women.

He is forever messing things up with Sarah Lou and biting off more than he can chew. His heart’s in the right place but oh, the head!

The Windass clan were the most troublesome to arrive in Weatherfield since The Battersbys. Gary already had a suspended sentence for assault hanging over him and things only got worse.

A lot of the problems came from scrapes that his dad Eddie and uncle Len got him into so it was a relief when Eddie moved to Germany and Anna took up with builder Owen Armstrong.

Gary started dating Owen’s daughter Izzy and the family unit was completed by Gary’s adoptive half-sister Faye who Gary was always quick to defend when she got too mardy, which was often.

For all their ups and downs Gary was closest to his mum. When he found out what Pat Phelan had done to Anna Gary was ready to do whatever it took to avenge her.

The best career decision Gary ever made was joining the armed forces. It was a job that would eventually cause him great heartache but initially it gave him purpose and a sense of worth.

Less smart was his stint working for a dodgy security firm in the Ukraine. The pay was great but he sustained more injuries and at one point was feared dead.

Back on civvy street Gary has worked mostly in construction (apart from his time as V Court Fitness gym manager).

He and Owen were taken to the cleaners by Phelan and now it looks like there may be even worse in store as debt collector Rick puts Gary to work to clear what he owes.

Gary is a lover and a fighter and it’s a close call which of the two has got him into more trouble. His best decision was to have baby Jake with Izzy, via surrogate Tina McIntyre.

His worst decision was leaving Izzy for Alya after a drunken night out. When it comes to keeping it in his pants Gary is not the best.

His current relationship with Sarah Lou Platt was nearly destroyed by his one night stand with Nicola Rubinstein which resulted in baby Zack in 2018.

“How can you forgive him?” Nicola asked Sarah after Gary had got them all into yet another scrape. “It isn’t easy,” admitted Sarah. Ain’t that the truth.

Read more: When Gary outraged Corrie fans over his baby with Nicola

Gary had every reason to hate Pat Phelan. He raped his mum and did everything he could to put Gary and Owen out of business making them suffer all the way.

Arch manipulator that he was, Phelan knew exactly which buttons of Gary’s to press. When he goaded Gary into hitting him with a plank Pat got it all on CCTV.

Gary formed an alliance with Phelan’s daughter Nicola to try and bring him down but Pat saw through that.

In the end it took Anna with a large blade to finish Phelan off but Gary did at least help discover the two bodies buried in the cement at Phelan’s work.

As Gary was always busting for a fight, what better Corrie character to pit him against than David Platt (Jack P Shepherd)?

The war between the pair began when Anna and Eddie tried to cheat Gail’s fourth husband (and Tina’s dad) Joe McIntyre out of £7,000 worth of work he’d done fitting them a new kitchen.

When Gary broke David’s nose he ended up in court for malicious wounding. Years later David almost killed Gary in a boxing match after David tried to cope with the trauma of being raped.

It was David who also discovered that Gary had cheated on his sister with Nicola. Currently Gary and David are on reasonable terms but we doubt this is the end of it.

There has been no shortage of drama in Gary ‘s life but it was his time serving in the army in Afghanistan that saw him deal with actual life and death situations.

His best pal Quinny was shot in an ambush as he rushed to save his mate. As a result Gary suffered from post-traumatic stress disorder.

Gary’s fights with Phelan were ferocious and one thing is always clear – Gary will go to pretty much any lengths to protect his family.

“Dad, someone’s parked a garden gnome outside the front door.” The winding up of David Platt continues.

What’s your favourite Gary Windass moment? Leave us a comment on our Facebook page @EntertainmentDailyFix and let us know what you think.