It looks like Pat Phelan has literally no limits when it comes to protecting himself - whatever the cost.

The evil builder is even prepared to turn on his own daughter, when he discovers Nicola's betrayal.

But will he stoop as low as to kill her - and his unborn grandchild?

Next week, suspicious Phelan makes a copy of his daughter's keys and heads to her flat.

On seeing Seb hiding out there - as he'd been suspecting - he calls the police.

Gary twigs what Phelan has done, but before he has the opportunity to warn his baby mamma that the nasty Scouser is onto them, Nicola is rushed to hospital with stomach pains. 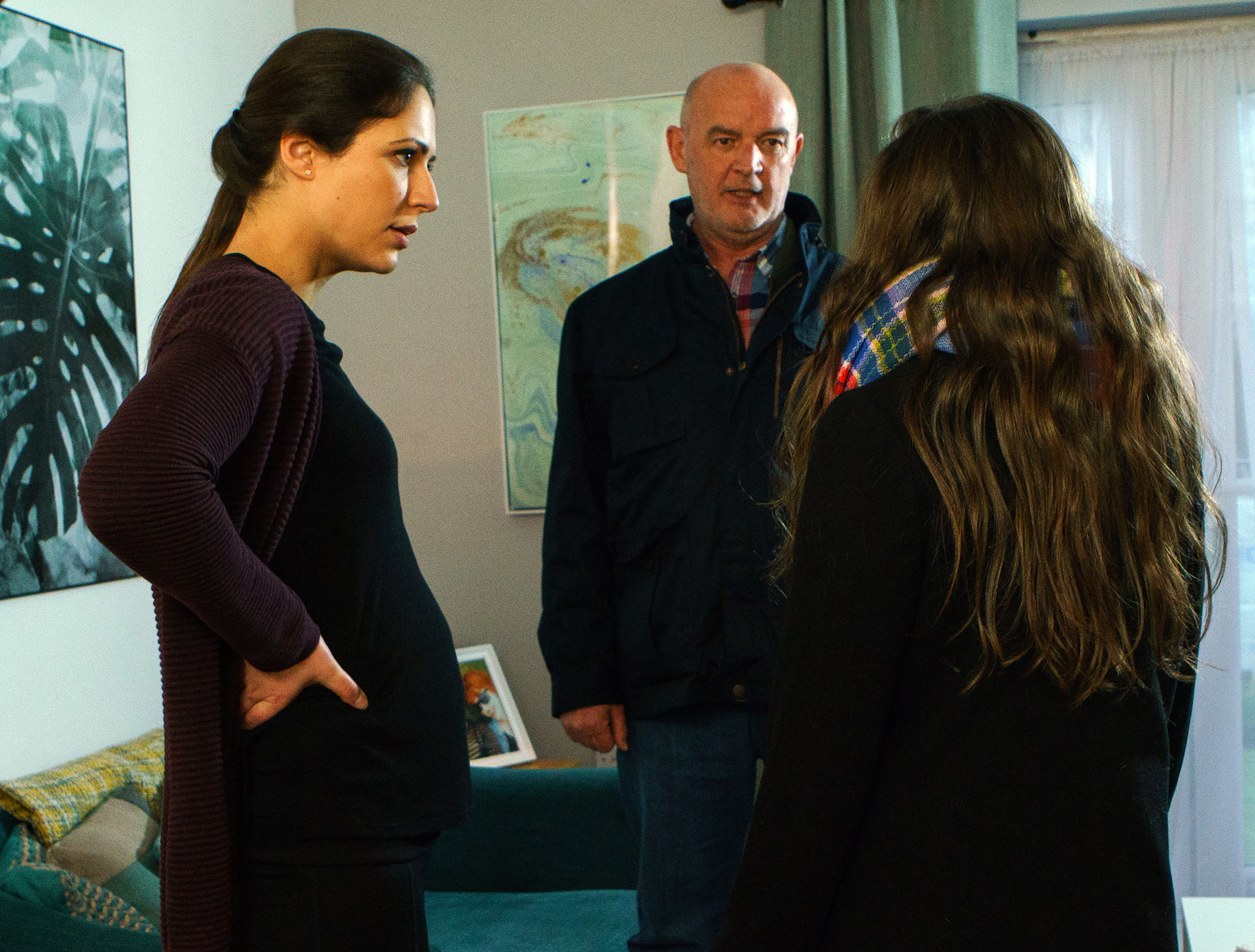 Pat appears and asks to see his daughter - he wants a quiet moment alone with her.

Nicola is laid out in bed, already frightened for the safety of her child, when she is confronted by her old man. 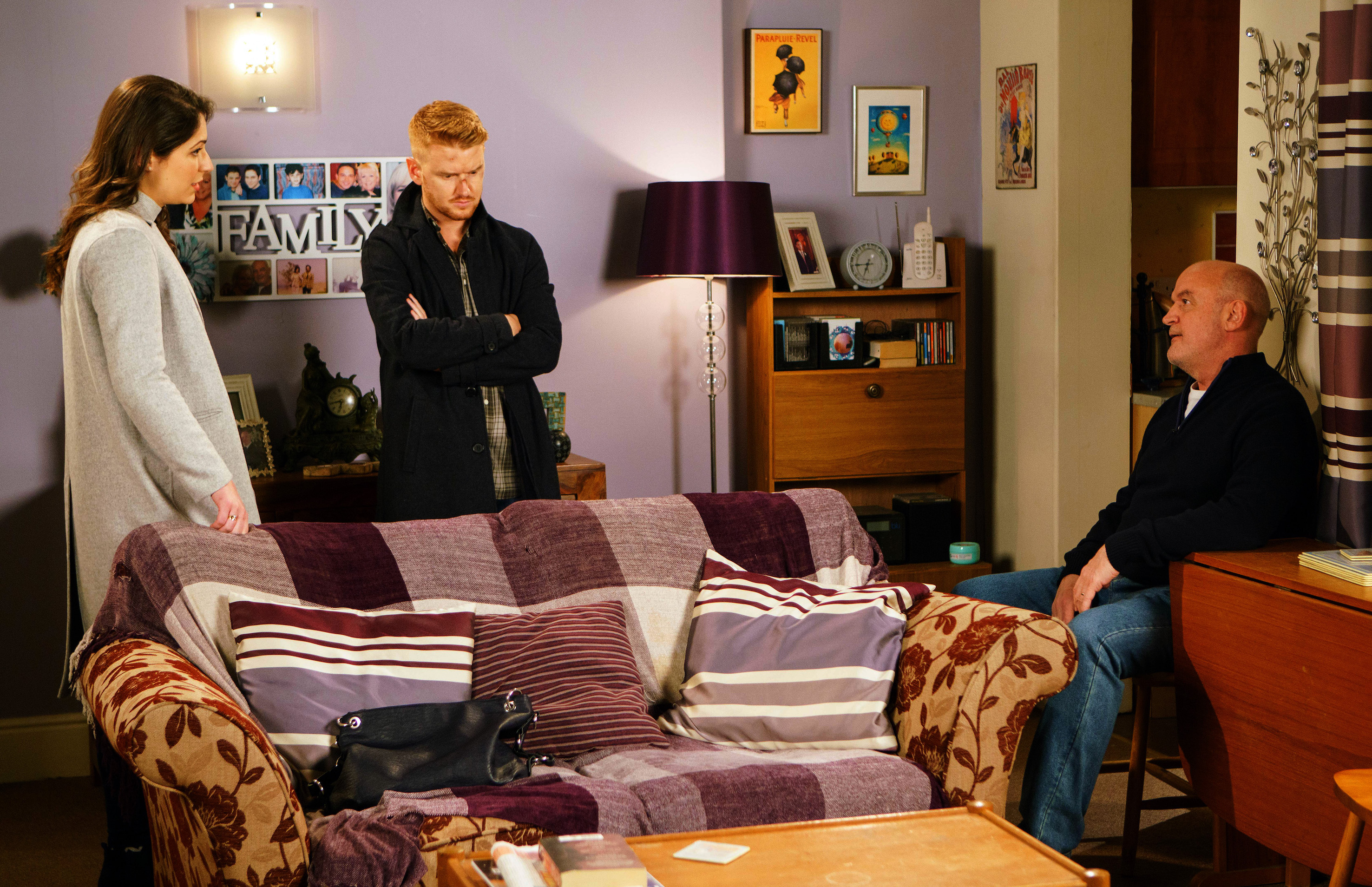 Gary and Nicola are secretly plotting to bring him down (Credit: ITV)

Would he really rid the world of his own flesh and blood, no matter how much he feels let down?

So now I'm thinking Phelan will kill (or at least try to kill) Nicola and Gary so he and Eileen can bring up the baby?

Exec producer Kate Oates has teased that Phelan's downfall story will heavily feature Nicola, and fans are already worried he will do away with her.

"Omg catching up on @itvcorrie and Phelan is always in the right place at the the right time! So I doubt it's gonna be Nicola who brings him down but would he kill his own daughter? #Phelan," worried one fan on Twitter.

"So if the rumors are true & Phelan is going to kill Nicola @nicolathorp then I need to go to the Corrie gates & get her autograph asap," said another, while a third wrote: "So now I'm thinking Phelan will kill (or at least try to kill) Nicola and Gary so he and Eileen can bring up the baby?" 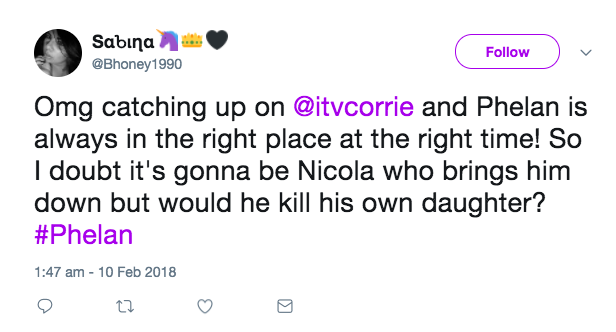 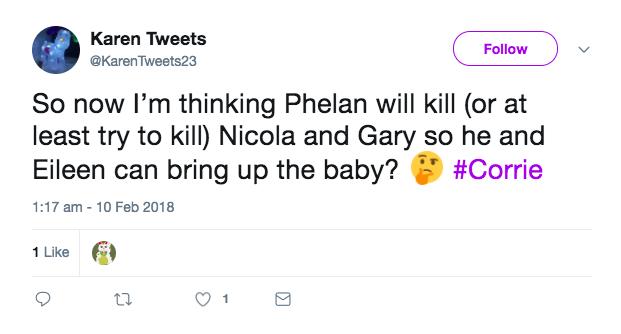 Phelan's demise will be coming in the next few months, with many publications reporting that Phelan's own wife Eileen bumps him off on holiday after bodies are discovered back in Weatherfield. 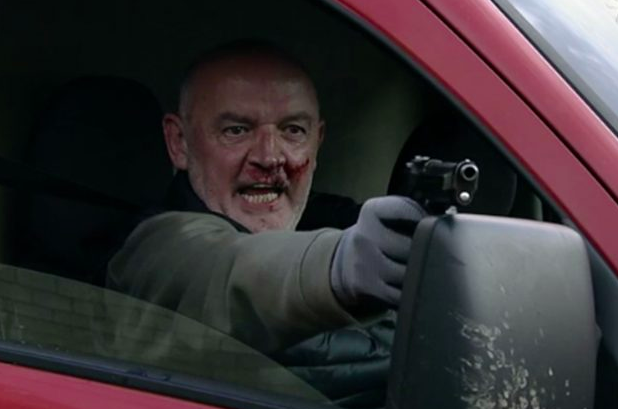 Will he kill again? (Credit: ITV)

Sue Cleaver (Eileen) and Connor McIntyre (Phelan) have been spotted filming on location in Whitehaven.

Do you think Phelan will kill Nicola? Leave us a comment on our Facebook page @EntertainmentDailyFix and let us know what you think!