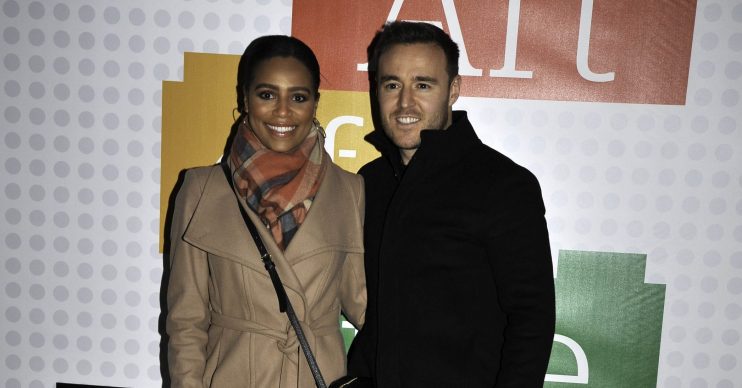 The Tyrone Dobbs actor posted a picture of him and Tisha sharing a kiss on holiday, meanwhile they both had a parrot sat on them.

Alan captioned the post: “Not all the treasure is silver and gold, mate… savvy?”

One wrote: “Thought this was a proposal,” with a broken heart emoji.

A second commented: “Where’s the ring?”

A third said: “Aww you two look gorgeous together, you need to put a ring on it Alan.”

The couple have been sharing pictures from their holiday together over the past week and appear to be having an amazing time.

Recently the pair left fans in stitches as Alan did Tisha’s make up on her YouTube channel.

In May last year, Alan and Tisha confirmed their relationship at Corrie co-star, Sam Aston’s wedding.

Alan was previously married to actress Lucy-Jo Hudson, and they have a daughter together called Sienna-Rae.

Lucy-Jo also appeared in Coronation Street playing Katy Harris from 2002 until 2005. She currently plays Donna-Marie Quinn on and off in Hollyoaks.

Alan and Lucy-Jo split in 2018 and confirmed they were getting a divorce but revealed they were remaining friends and devoted parents to their daughter.

Since splitting from Alan, Lucy-Jo has also moved on with boyfriend Lewis Devine and the pair are expecting their first child together.

In December last year, the actress confirmed that she and Lewis were having a baby boy.

Despite being pregnant, Lucy-Jo recently made a return to Hollyoaks as her alter ego was released from prison.

After Breda McQueen was caught out as a serial killer and killed by her son Sylver, it was discovered Breda was the one who murdered Mac Nightingale, not Donna-Marie.