Coronation Street actress Samia Longchambon has shared a sweet picture with her husband Sylvain to celebrate three years of marriage.

Samia, who plays Maria Connor in Corrie, posted the picture to her Instagram page.

"Let's pretend that we are still sat here (in on of my fav places on [Earth emoji]) celebrating with champagne, eating your Aunt's strawberry tart! #love #marriage #happydays #family."

3 years in.. #happyanniversary my ❤️ @slongchambon .. let’s pretend that we are still sat here (in one of my fave places on 🌎) celebrating with champagne, eating your Aunt’s strawberry tart! 🥰😋💕 🍾 #love #marriage #happydays #family

Friends and fans rushed to send them well wishes.

Others echoed the sentiments.

Let's pretend that we are still sat here celebrating with champagne.

Samia and Sylvain fell in love after being partnered together on the 2013 edition of Dancing On Ice.

Samia also has daughter Freya, who was born in 2009, with her first husband Matt Smith.

Recently Samia took her son for a tour of the cobbles so he could see where his mum works.

Gave Yves a little tour of the cobbles today, he was curious to see mummy’s work.. it got the thumbs up so all good! @coronationstreet ❤️👍🏼😁 #dayoff #weekend #myboy

However, Maria has been busy supporting co-worker and friend Emma after her father died from stomach cancer.

Shortly before his death, Emma's father revealed that he was not her biological father, which her mum Fiona Middleton later confirmed. 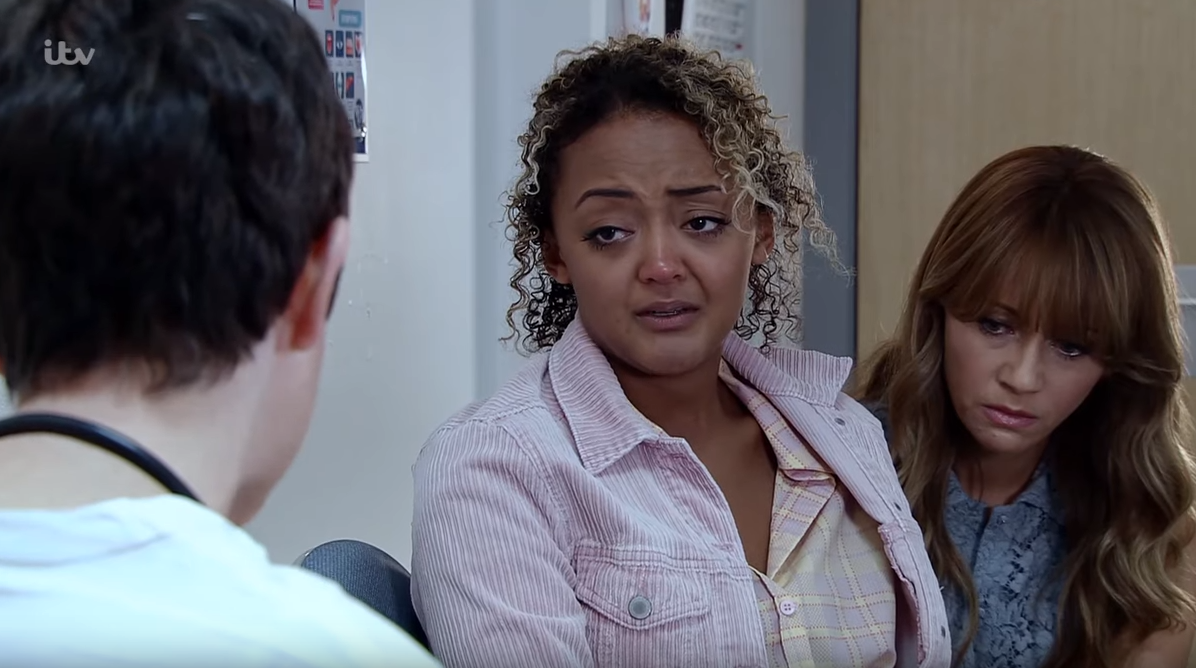 Maria has been there to support Emma (Credit: YouTube/Coronation Street)

Although Emma decided she didn't want to find her real dad, he may be closer than she thinks as it looks like Fiona's ex and cobbles resident Steve McDonald is her father.